The Swedish trio of Peter, Bjorn and John are back with a peppy single known as 'Breaker Breaker.'

Watch the video for the tune below:

Grafitti6 - 'Stare into the Sun' 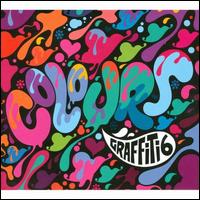 The members of Grafitti6 describe their sound as "psychedelic northern soul."  That sound is more than evident in 'Stare into the Sun."

Stream the track below:

Oasis without Noel is Beady Eye.  Watch the video to 'The Roller' below, and let us know if you think the new band is better than the former:

The Naked and Famous - 'Young Blood' 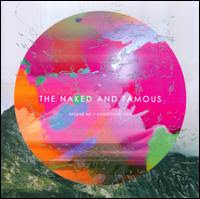 Infective piano flows all throughout 'Young Blood,' a track by New Zealand outfit, The Naked and Famous.

Labels: Stream, The Naked and Famous 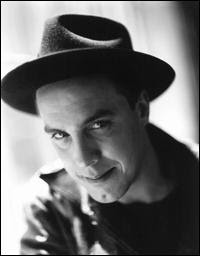 So, I've been on a Freedy Johnston kick for a while now. In particular, his 1994 album, This Perfect World, has found its way back into my regular rotation.

If you're unfamiliar with Freedy, he's the songwriter behind such bittersweet '90s gems as "Bad Reputation", "The Lucky One" and "This Perfect World."

Some might argue that Johnston is one of the most under-appreciated songwriters of his generation. Johnston's songs are often dark, evocative stories nestled neatly into short packages of lovely folk-pop.

And while his 1992 and 1994 albums may stand as his most-recognized works, Freedy is still recording. His last outing was 2010's acclaimed Rain on the City.

Revisiting Freedy Johnston has led me to discover some great songs I never heard from him the first time around.

One in particular is the lead-off track from Johnston's 1997 album, Never Home. "On the Way Out" breaks out a somewhat surprising alt-rock edge in a repertoire best known for mid-tempo acoustic narrations. You can watch the video below:


To learn more about this artist, visit the official FreedyJohnston.com.
Posted by Tae at 1:33 PM 0 comments

'Buzzin'' draws most of its energy from a gratuitous sample of Nu Shooz' 'I Can't Wait.'  The song serves its purpose as guilty pleasure of the moment.

Listen to the single below:

Congratulations to Arcade Fire for winning the Grammy for Album of the Year.  Here is but one of The Suburbs' fantastic tracks (live):