Here's a roundup of some of the music news we've posted on Twitter recently: 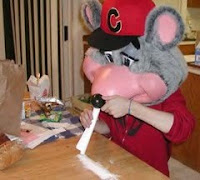 Last Monday, Tae linked to an L.A. Weekly story discussing the "recent comeback" of the Chuck E. Cheese animatronic band that many children of yore have been dazzled (or terrified) by when visiting the popular children's entertainment chain.

So, what's the big deal about the Chuck E. Cheese band?  Apparently, there is a gentleman named Aaron Fechter who will program the animatronic band to perform any song you request for a fee.  The article features several Youtube clips of the animatronic performances, including covers of MGMT and Arcade Fire.   It is quite a sight.

Several days later, Tae kept the buzz going strong with a ripe pick from the indie cover tree.  Linking to the Levi's Pioneer Sessions, Tae steered us to a video of Passion Pit's Michael Angelakos recording his own rendition of the Smashing Pumpkins opus, 'Tonight, Tonight.'

A video of Angelakos recording the track is available at the Pioneer Sessions page.   In my estimation, this cover is one of the better ones I've heard as of late.

On Thursday, Steve jumped onto the indie covers bandwagon and led the Twitterverse to a Latin-style cover of the Eagles' superhit 'Hotel California.'  The tune was recorded to raise money for the APE Charity.

Although this cover isn't as spectacular as the Passion Pit cover of 'Tonight, Tonight,' the version is still worth at least one spin.

Bret Michaels talked at length with Parade about why he should get the job as judge, and Paula Abdul stated that Bret would be "awesome" if chosen, according to Bill.

When Enrique Iglesias first splashed onto the music scene, he brought with him a brand of Latin pop that was sensitive and soft spoken--a clear inversion to the effervescent and flamboyant Ricky Martin, that other Latin crooner.

With his new single, entitled 'I Like It', Enrique trades in the reluctant charm of his former self for intrepid confidence.  He summons the likes of Miami's Pitbull and Seaside Heights' very own Jersey Shore cast to aid in his musical rebirth.  Without reservation, he lifts a line from a famous Lionel Ritchie single, and utters brazen lyrics of his own:

"My girlfriend is out of town / And I'm all alone.

Your boyfriend is on vacation / And he doesn't have to know."

'I Like It' is an exhilarating contrast to Enrique's former hits, including 'Bailamos' and 'Hero.'  The beats and hooks are masterfully crafted.  And the chorus is infectious, to say the least.  Perhaps the song's greatest moment is during the bridge, when Enrique delivers a dynamic falsetto that arouses a sonic similarity to Michael Jackson (albeit with a little help from auto tune).

Watch the energetic video for 'I Like It' below: 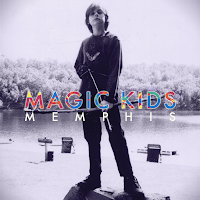 'Summer,' by Memphis band Magic Kids,  is soft and delicate; lush and ornate.

Fertile with rich vocals, nuanced layers of strings and percussion, as well as a vibrant dose of understated passion, 'Summer' strives to be the low-key foil to the usual peppy and breezy tunes that often dominate the "songs of summer" category.  (See Katy Perry).

You can stream 'Summer' below. 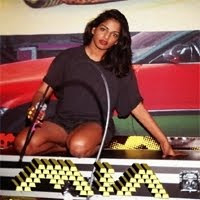 Featuring the same bounce and rattle that made her electro-beats famous last decade, M.I.A. has returned with another shrewd crossover pitch.

In addition to the collaboration with Jay-Z, 'XXXO' features clever use of "sing-talking" and contagious riffs and chorus.

You can stream 'XXXO' below:

Spouting one of the best opening lyrics of all time, Semi Precious Weapons makes a glamtastic debut with its vanity-titled track of the same name.  The video maintains the song's ostentatious theme, handily featuring imagery reminiscent of Plato's Retreat and The Rocky Horror Picture Show.

Check out the video to 'Semi Precious Weapons' below.  You might not be able to pay your rent, but as long as you're gorgeous, that's okay.

A Manzarek organ riff drives the entire beat and melody of this soulful serenade. Equal parts funk, equal parts indie rock, 'Felicia' is a stylish romp in the land of alt-rock.