Girls is a strum-and-thrash duo from San Francisco that is actually composed of just one singular girl.

'Vomit' is no departure from the strum-and-thrash theme. And it's at the 4:30 mark where the track takes a turn for the best and really delivers.

Girls, "Vomit" by The FADER

'Keep You,' like the other wonderful chillwave tracks before it, utilizes a perfect formula of dependable computer beats alongside siren vocals.  It's great stuff.

Stream 'Keep You' via the video player below: 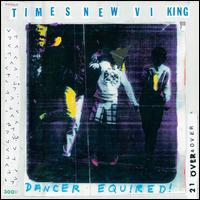 90s motifs abound with 'F*** Her Tears,' the newest single from indie mainstays Times New Viking.  Despite the track's R-rated title, the result is a pleasant, slightly danceable rocker.

Unknown Mortal Orchestra - 'How Can U Luv Me?' 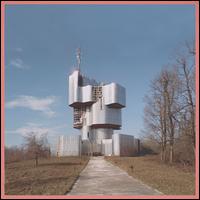 Chillwave marches forward with this latest offering from Unknown Mortal Orchestra (aka Ruban Nielson).  The title is certainly a tongue-in-cheek Prince reference, while the song itself is bubbly and funky like much of the Purple One's repertoire.

Stream 'How Can U Luve Me?' below:

Behind the Sample: Club Nouveau's 'Why You Treat Me So Bad?'

Remember the 1987 R&B dance single "Why You Treat Me So Bad?" by Club Nouveau?

The single charted #39 on the Billboard Hot 100 on the merit of the melodic hook and signature keyboard and rhythmic arrangement.

If the name still doesn't ring a bell, perhaps it would be best to put the song into context with the numerous artists who have sampled it on their own hit singles.

First, you should listen to Club Nouveau's "Why You Treat Me So Bad?" right here.

Maybe you'd be more familiar with "I Got 5 on It" by Luniz. The rap duo scored their biggest hit single in 1995, selling over a million copies of the song. Notably, the song sampled heavily from the Club Nouveau synthline, as well as from Kool & the Gang's "Jungle Boogie". The result is a now-classic staple of '90s hip hop.


1999 was a simpler time - a time when Sean Combs still called himself "Puff Daddy" and R. Kelly wasn't relieving himself on underage girls. The two megastars combined forces for the #1 hit single, "Satisfy You". Back then, it was hard to go anywhere without hearing this smooth track on the radio. Oh, by the way, it implements the same beat and synth track as some song called "I Got 5 on It" by Luniz, which apparently sampled some song by Club Nouveau...

Watch the video to "Satisfy You" by Puff Daddy & R. Kelly:


In 2001, Jennifer Lopez released her second album, J.Lo. She followed it up the next year with a remix album, titled, J to tha L-O!: The Remixes. That album had a reworked version of her song, "I'm Gonna Be Alright" by the Track Masters and Nas which went on to outshine the previous version, hitting the #10 spot on the Billboard charts. That remix also contained a reworked instrumental sample of "I Got 5 on It".

You can see what I mean by watching the video to "I'm Gonna Be Alright (Track Masters Remix)":


During the first few years of the aughts, it seemed like Ashanti was singing on just about every rap song on the radio. Her third solo album, Concrete Rose, was released in 2004 and the Gold-selling single "Only U" gained considerable airtime. The song briefly, but prominently uses the same samples as the aforementioned artists. You can click here to watch the video.

By now, you can tell that quite a few pop artists have had big success sampling and reworking the simple catchiness of Club Nouveau's "Why You Treat Me So Bad?".

But we're not quite done.

Timex Social Club penned another single, "Thinkin' About Ya" in 1986 and then shortly after disbanded.

King went on to form a "new" group, called Club Nouveau and used his own "Thinkin' About Ya" as the basis for a new single... called, "Why You Treat Me So Bad?".

Listen to Timex Social Club's "Thinkin' About Ya" right here, then go back and compare the two.

Did I mention that Luniz' "I Got 5 on It" features guest vocals from Michael Marshall, the former lead singer of Timex Social Club?

Heineken, the beer company famous for its iconic green bottles (and also the sponsor of this post), has released an epicly awesome video entitled "The Date."

The video pays homage to the Secret Agent Man dramas of the sixties by featuring mod fashion, torchy jazz, kung fu vegetable chopping, and psychedelic dance-offs --all of which occur against the backdrop of a larger Chinatown theme.

Watch this unique and entertaining spot in the video player below:

Caught On Tape: Metronomy - 'The Bay'

'The Bay' is no exception. The latest single from the band's album, The English Riviera, is a white-bread funk voyage for the indie-electro crowd. It's a playful excursion into the salty breezes and sun-kissed cheeks of summery synth rock.

The video hearkens to the beach-loving new wave of '80s Miami Vice culture and is sure to bring a smile to your face.

Strike a pose and enjoy "The Bay" by Metronomy:

Watch the corresponding video to 'Still Life' below:

Moody, disenchanted covers of popular alternative songs by hipsters with too much time on their hands are a dime a dozen on the internet.  However, this cover of Arcade Fire's 'The Suburbs' by Mr. Little Jeans (aka Monica Birkenes) is really, really well done. 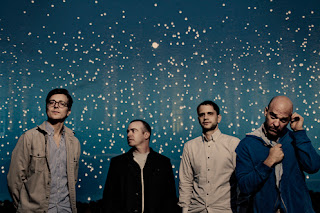 'Dance by Accident' is a killer downtempo track from Halloween, Alaksa.  The groove is dead-on, and the Sting soundalike vocals during the bridges is an excellent touch.

Prepare to be chilaxed when you listen to this one.  Stream 'Dance by Accident' below:

Dance By Accident by ambledown

Sweetly melodic, 'East Harlem' is the latest offering from New Mexico's Beruit.  The song carries with it Slavic folk influences that have been heavily featured on past tracks.

A blip on the radar in 1988, 'You Don't Know' was a pop radio mainstay for at least a few weeks.  Sounding awfully similar to Glass Tiger's 'Don't Forget Me When I'm Gone,' 'You Don't Know' provided brief success to no-namers Scarlett and Black.  Admittedly, the song is pretty solid.

You can watch the music video to this eighties deep cut below:

'Woods' is an understated ballad from North Carolina's The Rosebuds.  Subtle petulance peppers the tune, but not enough to diminish the song's strange pleasantness.

Put on the headphones and stream 'Woods' via the video player below: 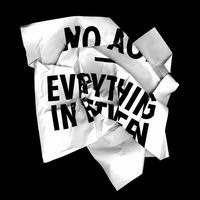 I was slow to warm up to noise pop duo No Age, but there's just something about 'Glitter' that leaves me in a sweet spot.  I think it might just be the deliberate and masterful distortion of the guitar.

Give 'Glitter' a spin below:

My Morning Jacket - 'Holdin' on to Black Metal'

My Morning Jacket is back with a virile new single. 'Holdin' on to Black Metal' features horns, a children's chorus, and metered procession.

Be careful, this one will get stuck in your head if you're not wary.

Watch the video for 'Holdin' on to Black Metal' below: