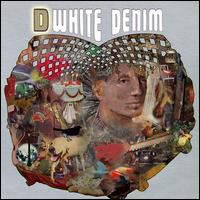 White Denim's D dropped May 24th.  'Street Joy' is the first single from the album, and it is a tasty one to say the least.  Unlike some of the stoner jams of the trio's past works, 'Street Joy' is a touching, moving, and melodic ballad.  It's coffeshop craft at its best.

Stream the quite enjoyable 'Street Joy' below:

Alberta Cross - 'Money for the Weekend'

Comprised of worldwide citizenry, rock band Alberta Cross contains members from New York, London, and Stockholm. Notwithstanding their diverse geographic backgrounds however, the band produces a sound that is distinctly American.

Critics have compared Alberta Cross to Neil Young. And indeed their songs feature the same pensive angst that pervaded some of Young's greatest works. But the group underscores its sonic compositions with other salient markings, too. From the grungy crunch of nineties rock, to the lo-fi song structure prevalent today, Alberta Cross produces flavorings that are notably modern, while nevertheless drawing from the same Fountain of Rock that the musical mavericks of yesteryear once frequented.

Not deviating from their script, 'Money for the Weekend' is a garage rock fantasy of seductive hooks, engaging lyrics, and understated charisma. It's an impressive offering from a band that seems poised for continued success so long as they remain true to their rock roots.

Watch the video for 'Money for the Weekend' below: