Stream the Flaming Lips' video for their delicious cover of the Pink Floyd classic below:

Broken Bells is a new and brilliant musical collaboration, featuring Danger Mouse and James Mercer (of The Shins fame).  'The High Road' is the new single from the duo's forthcoming self titled debut album.

Simply described, the tune is a gentle intersection of electronica, indie, and studio dynamism.

You can stream 'The High Road' below.  If you are interested in preordering the rest of the album, it will be released March 2010.

Just in time for the holidays, Murder By Death has released a brand new track titled, "Pizza Party (At Gloria Estefan's House." You can download it now for free. The band calls it a "gift to you for being swell."

You can preview the track below... as if the name wasn't convincing enough. 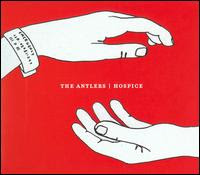 Barney vs. the Dinosaur just posted on this great, great, great tune by The Antlers.  The song is called 'Kettering,' and it can be sampled here.

'Kettering' is a melancholy, but beautiful, sonic foray.  It gracefully flows from one end to the other without a blink.

Love the song. Love the collaboration even more. Check out 'Empire State of Mind, (Part II)' below:

The Communards - 'Don't Leave Me This Way'

Jimmy Sommerville began his falsetto-driven musical career with Bronski Beat in the early eighties. Bronski Beat enjoyed short-lived success with its hit, 'Smalltown Boy.' 'Smalltown Boy' was memorable because its video showcased the mal treatment of gay youth in Britain during the eighties.


In 1985, Sommerville left Bronski Beat and formed The Communards. The very next year, the new band had the biggest selling single that year in Britain. That single was 'Don't Leave Me This Way,' a cover of the hit popularized by Thelma Houston.

The Communards version of 'Don't Leave Me This Way' is notable for several reasons. Sarah Jane Morris' lower ranged jazz vocals provide an obvious contrast to Sommerville's high falsetto. Horns and piano are much more prominent. And the tempo is much quicker than Houston's original.

Check out the Orwellian-themed video to 'Don't Leave Me This Way' below:

Vevo.com is a collaboration between Google and Universal Music Group. It just launched a few days ago.

So far, I've been pretty impressed with its offerings. The site has high quality feeds, as well as a large selection of videos to choose from. Currently, I've been jamming to their Celebrating the 90s playlist.

Check out Vevo.com when you get the chance. 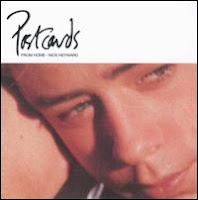 While the tenor of our site has been forward looking as of late, today we turn the lens backwards, and take it old school.
Nick Heyward was something of a new wave sensation in the UK during the early eighties. His band, Haircut 100, had plowed up the charts with the single, 'Love Plus One.' (See video here).
Abruptly, and amidst the band's fresh success, Heyward nevertheless left the band to go solo in 1983. Some accounts attribute Heyward's departure to his desire to shed the teenage veneer Haircut 100 had attained in the eyes of music critics at the time.
By the time 1986 rolled around, Heyward's solo endeavors had auspiciously molded the artist into the more mature and credible musician Heyward had hoped to achieve when he left Haircut 100 previously. In the same year, Heyward released Postcards From Home. 'Warning Sign' was featured on Postcards, even though 'Warning Sign' had been previously released as a single in 1984.
Although Postcards, in contrast to Heyward's other work, received horrible reviews, 'Warning Sign' is a brilliant pop canticle. It features an addictive hook, driving guitars, and welcome backing vocals that compliment Heyward's Rick Astley-esque croon.

Unfortunately, the video doesn't match the song's audio brilliance, and it leaves a lot to be desired.
Nevertheless, the video is worth a spin simply to become privy to the audio splendidness that is 'Warning Sign.'
Stream Nick Heyward's 'Warning Sign' below. (Unfortunately, the audio is faint on this particular stream, so you may have to crank up the stereo to fully hear the sound in this one).

El Perro del Mar might be Spanish for "The Sea Dog," but the music is a solo endeavor by Swedish artist, Sarah Assbring.

For years now, Sweden has been successfully complementing it's tradition for heavy metal with a solid collection of indie-pop artists, including José González, Jens Lekman, Lykke Li and Peter Björn & John.

El Perro del Mar first came under my radar about a year and a half ago, surrounding the release of her sophomore album, From the Valley to the Stars. It wasn't until I heard the quietly seductive single, "Change of Heart" earlier this year that I was fully brought in, however.

Assbring's airy vocals drift with sadness through El Perro del Mar's understated pop ditties. The arrangements are layered in subtleties that emerge over repeat listens. These are not songs masquerading in darkness. They linger, sweetly intoxicating, but feel as real as pure heartache.

Watch the music videos for "Change of Heart" and "Glory to the World" below.