Poised to be the next "it" song on forthcoming basketball mixtapes near you, "Winner" is the first single from Jamie Foxx's Body.

Stream the song in static video format below:

Usher - 'There Goes My Baby'

After Michael Jackson left us a little more than a year ago, it was hard to imagine anybody filling the void he left behind in any capacity whatsoever.

Although Usher (along with Ne-Yo) has been compared to MJ ever since he first broke out, "There Goes My Baby" channels the King of Pop in such a delicate and sophisticated way, one might easily confuse the song for "Human Nature" Part II, instead of the original track it truly is. Certainly, Usher has not ascended the same throne Jackson once reigned upon. But maybe--just maybe--Usher has at least carved out a sizeable fiefdom in the Kingdom of Pop with this latest single.

Watch the video for 'There Goes My Baby' below: 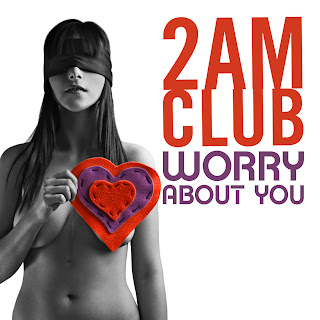 2AM Club delivers a mellow blend of Stevie Wonder and Prince on their savory single, 'Don't Worry.'

To see what I mean, stream 'Don't Worry' below:

Here at The Lonely Note, we don't get many chances to post on comedy tracks.  But this routine from John Mulaney combines music and comedy in such a clever way it was well worth publishing.

Listen to 'Best Meal I've Ever Had' below: