'The Same Thing' is the latest slow burner from the fretful, but charming, Cass McCombs.  Full of shoe gaze haze in the beginning, the single really hits its stride right around the 2:04 mark with blooming chorus and fragrant pipe organ.

Watch the video to 'The Same Thing' below: 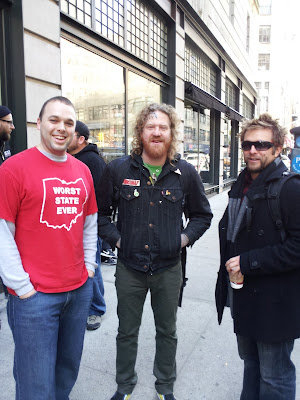 Merry Christmas all!! Or as Tae and I would say, Happy Birthday Jesus!! Hank here, I'm still alive, not dead (yet). Posting from my new locale of Fort Myers, FL.

Just thought I 'd post a pic of myself (at left in the 'Ohio' t-shirt) with Lonely Note supporter Kellen, hanging out with the lead singer of Mastodon, Brent Hinds.

We were in NYC for a wedding, and just happened to be walking down the street, and we noticed the band outside of their hotel. Kellen and I recognized Brent by his trademark head tattoo. Was a very cool dude, very friendly and appreciative of our support. They were in town to play that night at Terminal 5, headlining the show with Dillinger Escape Plan as openers

I have previously seen Mastodon, opening for Deftones and Alice in Chains at the Scottrade Center in St. Louis 2010. As you can imagine, the show was PHENOMENAL. Funny thing about the Mastodon set: Brent, Troy, and Bill all had the "Mastodon" look: shaggy hair, unshaven, rugged-looking like they had been on a tour bus for 2 weeks straight. Then, when the set was over, the drummer Brann stood up: He had on khaki shorts, a t-shirt, and what looked to be frosted-tips on his hair, almost like he was in an Abercrombie commercial. Hillarious!! Great set though, and they were super cool in NYC, so definitely nothing bad to say about them!!

Any of the readers have any good stories about seeing or meeting Mastodon, or any other good band stories?? I would be interested in hearing them. I have previously met Jared Leto and 30 Seconds to Mars, as well as their opener Saosin, and of course Tae and your trulys favorite, The Goodyear Pimps, but other than that no other back stage or up close personal encounters with any other bands (that I can remember??)

The b-side to the single 'I Would Die for U,' Prince's 'Another Lonely Christmas' is one of the most melodramatic Christmas songs out there. With schmaltzy lyrics about banana daiquiris and hokey hooks, 'Another Lonely Christmas' is nevertheless a cool and soulful holiday ballad.  Prince belts out his signature falsettos and vocal runs amidst killer guitar and bright piano licks.  It's a delight.

Stream 'Another Lonely Christmas' below: 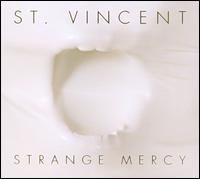 One ear-catching track from the long player is 'Cheerleader.'  It begins innocently enough, with subtle hints of 'A Day in the Life' at its very outset, that quickly morphs into the expected trappings typical of most indie darlings.

But suddenly at the 0:50 mark, the track turns on a dime, blasting into sonic ecstasy while simultaneously proclaiming, "I don't want to be a cheerleader no more!"  The low-fi oscillates to the high-fi, and guitars, drums, and electronic dirge all kick in to chasten the listener with its glorious noise.

'Heart on Fire' caught me by surprise.  I was scanning SiriusXM when I settled on The Spectrum.  When I heard 'Heart on Fire' I thought it was a very strong alt-pop single, and I enjoyed it.  It was only later that I discovered the track was featured on Grey's Anatomy, a show I do not watch.

Anyhow, 'Heart on Fire' by Scars on 45 is respectable.  Watch the video below:

'Friend Crush' is an electronic jaunt by Brooklyn outfit Friends, and is about a protagonist who, as the title suggests, wants to be someone else's friend.

But don't let the blatant simplicity fool you.  'Friend Crush' is textured and clever.  Cloaked in electronica, it's nothing more than an all-American pop song.

Those Darlins - 'Screws Get Loose'

You'll be singing along in no time after you listen to 'Screws Get Loose,' the perfunctory--but perfect--single by Tennessee's Those Darlins.  Slightly rockabilly, but mostly garage punk, 'Screws Get Loose' burrows itself nicely.

Watch the video to 'Screws Get Loose' below:

SebastiAn's 'Embody' is the embodiment of cool.  (Pun intended).  But what else would you expect from French electronica?

Watch the video to 'Embody' below. 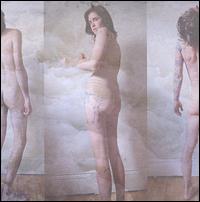 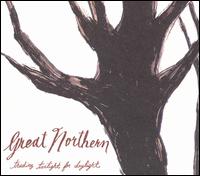 I was a little late in discovering Great Northern's 2007 single 'Home.'  And despite my late adoption of this cruisin' tune, it's a strong track that was a few years ahead of its time.

Stream 'Home' by Great Northern below: