Senior Citizens are singing more than just Christmas Carols this holiday season. Young@Heart, a documentary that highlights a chorus of retirees, features a World War II bride singing The Clash's 'Should I Stay or Should I Go?' and en ex-World War II pilot singing Jimi Hendrix's 'Purple Haze.'

You can check out a clip of this documentary here. (click on the picture of the old woman toward the bottom of the page)
Posted by Steve at 4:17 PM 1 comments

Kid and Pam to Split

In another short-lived, high-profile marriage, it was announced recently that Pam Anderson and Kid Rock will be divorcing. What skanky musician will Pam hook up with next? I hear K-Fed is single.

Also, does this mean that Borat has a chance?

Read the full article here.
Posted by Steve at 12:41 AM 0 comments

iLike is a social music networking site that helps you to discover new music based on what you listen to in iTunes. One of the coolest features of the network is its extensive library of free, downloadable MP3s by unsigned bands. You can also see what other users in the iLike community share the same listening tastes as you. Furthermore, you can post a little box (just like below) that shows visitors to your website/blog what exactly you've listened to lately.

Here is what I've been listening to lately:

Daughtry With Slash - 'What I Want' 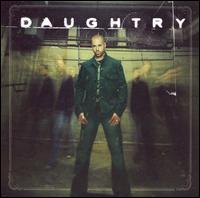 After a season touring for American Idol, Chris Daughtry, along with his band, have emerged with a debut album. Simply titled Daughtry, the disc has received fairly decent reviews from rock critics who would have three years ago figured it impossible to mention an Idol contestant and positive music criticism in the same breath. As we are all aware, Daughtry broke the mold for American Idol, and now appears to be well poised to carve a name for himself in the alt-rock circuit.

'What I Want' is track number seven off the record, and features rock elite Slash performing alongside Daughtry's band on guitar. You can check it out below:

"You know who you are,
Your love is as sweet as candy,
I'll be forever yours,
Love always, Mandy."

So states the spoken portion of Mandy Moore's first and biggest single, 1999's 'Candy.' One taste of this delectibly sweet pop anthem, and the country was craving the song like, well....candy. Sure, the lyrics are cutesy and contrived, but how else can one express the feelings of an inexperienced teen crush. Ms. Moore was only 16 when the single became a hit and boosted her to the ranks of pop princess; a current trend of singers which included Britney Spears, Christina Aguilera, and Jessica Simpson. With a voice that exceeded her age, and a video that fit snugly into the mold of late-90s pop music, Moore achieved widespread success and fame.

Like the video for Britney's '...Baby One More Time' before it, 'Candy' was oddly appealing. Oddly to the extent that legions of grown men were finding a sixteen year-old girl attractive - something that is generally frowned upon in society. Of course, looking back at it now, Moore looks younger than ever. Which makes it all the more humorous.

The video depicts a typical day in upper-middle-class suburbia. Teens dressing in the latest trends, cruising down the street in their VW Beetles and mopeds, hanging at the local burger joint, and most of all, choreographing dance routines in the middle of a skate park. All of the things that 98% of the world wishes it had the resources to do. Bubbly and upbeat, it's no wonder the track was like sugar to the hearts of so many. 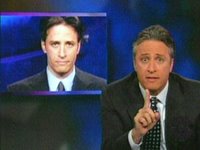 Right wing bastion Fox News is planning to air its own version of Comedy Central's long time running The Daily Show. This Just In is slated to air for only two showings on Saturday nights in late January, but if well received, would become a regular, weekly feature on the network.

However, unlike The Daily Show, Colbert Report, and Real Time With Bill Maher--all shows that satirize the news--This Just In would not be occupying a time slot on Comedy Central, HBO, or another entertainment station like the aforementioned shows do, but would instead be broadcast on an actual news channel; a notion that is disconcerting to those worried about further blurring of entertainment and journalism.

But what is most unusual about Fox News developing a right-leaning news satire? Dennis Miller has proven to us that conservatives aren't that funny.

For those of you unfamiliar with either The Daily Show or Fox News, I've done you a world of a favor and included a clip that features both

Lindsay Lohan was booed last night while hosting the World Music Awards in London. Lohan, so taken aback by the audience's cold reception, left the ceremony only halfway through her hosting duties. Individual awards presenters assumed Lohan's role for the rest of the show, yet faced similar chides from the crowd.

It is unclear what provoked the crowd's hostility, but it may have something to do with Lindsay's pop sensibility (or lack thereof).

Watch the vid below to see what I mean:

Will New MSI EP be 'Another Mindless Rip Off?'

New York's wacky electro/punk/hip-hop outfit, Mindless Self Indulgence, has developed a massive underground following over the past six or seven years. Of course, a fresh face might notice that the band's track record has seemed a bit jaunted during that time. Afterall, when You'll Rebel To Anything came out a little more than a year ago, it marked the first full-length album of new material to be released by the band since its 2000 sophomore disc, Frankenstein Girls...

But for a band that has largely made a career out of putting itself down - and which playfully mocks and insults its core fanbase for buying into the whole thing, this method of madness seems almost too perfect.

With numerous singles, EPs, remixes, and a live album filling the voids between its full-lengths, MSI seems to be telling its audience that it has simply been ripping them off. There's even been two alternative versions of YRTA and two remix discs issued within the last year alone. And as if they hadn't made their point clear, here comes the latest - Another Mindless Rip Off.

The EP will be made up of five new/previously-unreleased tracks, and will be accompanied by five remixes of the track 'What Do They Know?' According to their representatives at D.A.M.N. Artist Management, the new EP will be on limited release this season, sold exclusively through Hot Topic retail stores. Like most of MSI's limited material, it is expected to become a hot commodity, and will likely find the band back onto the eBay charts again before long.

The group's official website has posted the official tracklisting as follows:

Samples from the new EP can be heard on the band's Myspace and Purevolume sites.

Latest news has it that The Beatles songs will finally go digital here in the near future. iTunes has apparently scored the rights for sale, but a specific date of availability has not yet been released.
Posted by Steve at 10:54 PM 1 comments 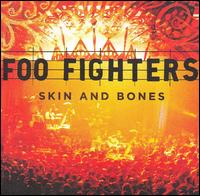 Come November 21, Foo Fighters will release Skin and Bones, a live album featuring acoustic nuggets from the band's catalog, as well as differing interpretations of their other not-so-soft tunes.

Below I've included track 13 off that disc: 'Friend of a Friend (mp3),' and the stage performance of my favorite song off In Your Honor, 'Cold Day in the Sun (mp3).'

Additionally, you can stream these songs below.

Foo Fighters - 'Friend of a Friend'

Read about Cingular's plan to allow subscribers to download songs without charge here.
Posted by Steve at 5:57 PM 0 comments 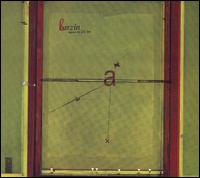 Barzin's music has been described as "gorgeously ghastly"; the downtempo sophomore album My Life in Rooms is a forty minute whisper that lures the soul to deeper--and sometimes darker--places. Below you will find a sample of this slowcore reflection. Additionally, you can stream the entire album here.

The new Incubus album, entitled Anna-Molly, is slated to drop later this month. For now you can check out the title track and first single (mp3):