The Rise of the Blipster and the Controversy It Has Stirred

There is even a new word for black fans of indie rock: “blipster,” which was added to UrbanDictionary.com last summer, defined as “a person who is black and also can be stereotyped by appearance, musical taste, and/or social scene as a hipster.”

Since when should listeners of music be defined and categorized based upon their race? That is the burning controversy recently spawned by the above New York Times passage (in addition to many others) in this January 28th article. The article, as it turns out, focuses on the role race plays among listeners of indie rock. And to say the least, it has a whole bunch of other bloggers quite aggravated.

If anything, the article is a great read that takes an introspective look at what really is the collective identity of hipster music today. Read the whole thing here.

We're This Many! (Holds Up 2 Fingers)

Today marks the momentus 2nd anniversary of a little music blog affectionately known to us as The Lonely Note. It was January 24th of 2005 when Steve proclaimed our existence to the entire cyber universe. And in the two years since that first post, we've managed to publish well over 700 music-related articles and reviews.

I would like to take this opportunity, on behalf of myself and the other contributors, to thank all of you who have been with us along the way. We've had the pleasure to hear from alot of great artists and great listeners. I hope you continue to check in with us as we continue to plow ahead into the future.

And in case you weren't here in the beginning, click HERE to check out where it all started.
Posted by Tae at 11:05 PM 3 comments

It's not uncommon for most musicians to have a concert rider of sorts for the many venues where the perform. Sometimes these riders can include needs that are simple and somewhat understandable (ham sandwiches, alcohol, condoms, etc.) and sometimes they can be a tad eccentric (a brandy glass full of brown M&Ms). Either way, it would seem that these requests reflect the personalities of the performers that we enjoy watching in concert.

Iggy Pop is one of those individuals you would expect to request items that he doesn't necessarily need. That's why I wasn't suprised to run across his hilarious concert rider the other day. Whether it is needing a couple homosexuals for rock n' roll interior decorating or huge floor fans to give the blowing-in-the-wind feel of Bon Jovi, Iggy and his crew know how to make one hell of a concert rider. It's kind of a long read, being 18 pages, but the stream of consciousness writing is entertaining for all. Enjoy!

Rage Against the Machine to Reunite?

This article says so at least. The reunion will be for a single night in April at Coachella.

Read the details here.
Posted by Steve at 1:15 AM 1 comments

Labels: Coachella, Rage Against the Machine

A Brief Introduction to The Small Faces 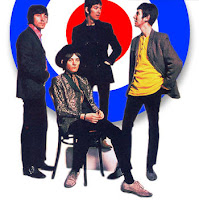 Many folks know that Rod Stewart cut his rock teeth fronting a band known as Faces. But do many people outside of the sixties BBC era know that long before Faces came into existence, the very same band was fronted by future Humble Pie vocalist Steve Marriott, and referred to as The Small Faces? Indeed, it was when Marriott left the band in 1969 that the group recruited Stewart (as well as guitarist Ron Wood), dropped the "small" part of its name, and reinvented itself as, simply, Faces.

Unlike fellow mod rockers The Who, The Small Faces achieved limited success here in the States. However, in their native Britain, the group garnered widely received support, with Ogden's Nut Gone Flake reaching #1 in the island nation. In America, the only song to reach the Top 40 was 'Itchycoo Park (mp3),' a psychedelic, yet playful reflection of the collective drug experience of the time.

While 'Itchycoo Park' was anchored in spellbounding psychedelia ("We'll get hiiiigghhh!"), it was 'Tin Soldier' that effectively illustrated the typical R&B power of the band. Laden with bluesy guitars and organs, as well as accented with powerful vocal harmonies all throughout its Gospelesque chorus, 'Tin Soldier' was a prolific milestone, pushing the group's influence perhaps beyond even The Rolling Stones during the year of 1968.

For those of you interested, you can watch a live video of the band performing 'Itchycoo Park' below. Furthermore, you can sample the MP3 for 'Tin Soldier' here.

How about this for old school: A squeaky clean Frank Zappa on the Steve Allen Show playing a bicycle as an instrument. The year was 1963.

After you get finished watching Part One below, you can view the remainding segment here. 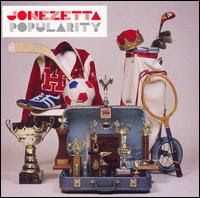 Although their name is borderline lame, Jonezetta has created a danceable hard rock single that has begun to slowly penetrate the national airwaves. You can listen to 'Get Ready (Hot Machete)' here.
Posted by Steve at 12:24 AM 1 comments

Though Paul Rudd's character in The 40 Year Old Virgin may have expressed his utter distaste for the 1983 Ingram & McDonald duet, 'Yah Mo B There,' I can't help but taste sweet ambrosia everytime I hear it. A melody like a feather tickling the follicles in my ear. Vocal harmonies lap at me like a slippery wet willy. The beat plays my ear drum like a timpani. This is a great song, I exclaim with resounding enthusiasm. And every great song deserves, in return, a great music video.

As a fan of the the one-and-only Michael McDonald (and similarly of the fantastic comedic series, Yacht Rock), this song strikes an instant chord for me. The track's title sounds phonetically like a tribal chant. Some have even claimed it to mean "God Will Be There," which is understandable given the uplifting, spiritual nature of the lyrics, and the use of the religious reference 'Yah.' Whether this dissection of the song is accurate is up for interpretation. Upon initial listens, one could easily hear the lyrics repeating "Yeah, I'm gon' be there." Or, as others have interpreted/misinterpreted the lyrics, "I'm a beaver" or "I'm a weiner."

While the lyrical message may be up for grabs among dissenting minds, the soulful music was able to overcome and gain a wide enough favoring to win a 1985 Grammy Award.

In the video, Ingram and McDonald portray a couple of fed up fry-cooks, who abandon their jobs and traverse the country in an Airstream RV. Along the way, the video jumps to a number of individuals who seem to be in trouble, and literally/theoretically drowning. Will they be hoisted from certain peril or left as chum for the sharks? You'll have to watch to find out.

While occasionally steering into the same confusing undertow that so many other videos did in the 80s, the overall cinematography is lush and vibrant, and is able to keep afloat nicely. Fortunately, Ingram and McDonald yah mo b there to throw it a life preserver.

As Promised, My Favorite Album of 2006: Broken Boy Soldiers 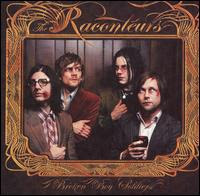 Jack White is scorned by some, but seen by many as a musical hero. As co-founder of the White Stripes, the sometimes scandal-laden lead singer has had many the top music critic pay awful close attention to any and all projects he has chosen to particpate in.

In 2006 Jack White released a new album with a group described as a "new band made up of old friends." Combining the punk sensibility of the Detroit scene with the enduring sounds of Rubber Soul, Mr. White created what I feel is a 21st century masterpiece.

Melodic, terse, and meaningful, Broken Boy Soldiers provides an assembly of songs that range from the simple to the complex, from the intellectual to the emotional. While the authority of track number two's 'Hands' lies in its powerful rythym, the album is equally balanced by the beautiful melody contained on 'Together,' a Lennon influenced ballad if there ever was one.

With that said, I find The Raconteurs' Broken Boy Soldiers to be my favorite album of 2006.
You can sample 'Together' here.
Posted by Steve at 2:23 AM 0 comments

While the pairing of art and music may not be a new concept, the Tate Modern museum in London has been putting a refreshing twist on the idea. This idea has come to be known as 'Tate Tracks.' Musicians were invited to wander through the gallery and pick out a piece of art that spoke to them, and then record a song specifically to accompany the piece. As worded on the museum's website, "It's about art inspiring art."

After the musician has recorded the track, it is featured in the gallery along with the original piece. For the first month of display, Tate Modern is the only place in the world where the song is available. At the end of the month, the song is also made available on the museum's website.

Currently, the gallery is hosting Andy Warhol's Brillo along with a song by The Landscapers, titled "VaVaVoom." The track is scheduled to be appear online after February 1st. Past musician-artist pair ups include The Chemical Brothers with Jacob Epstein and Graham Coxon with Franz Klein.

For more information on Tate Tracks and to check out some rare new tunes, head on over to the Tate Modern Official Website.

What other artist-musician pairings would you like to see?

Here's an easy one to get your brain churning: David Bowie, Lou Reed and John Cale together for Warhol's Marilyn Diptych.
Posted by Tae at 4:21 PM 0 comments

Guitar Hero II Will Take Over Your Life 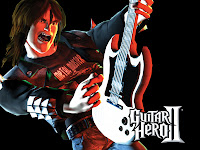 I've finally rocked out hard enough on Reverend Horton Heat's 'Psychobilly Freak Out' when I am relieved to see the crowd go mad and cheer for what seems like forever. They are ecstatic and are crying out for more. "Encore you want?" I proudly ask my fictitious mass, "Then an encore you will get." I crack my knuckles and quickly stretch out both arms as I prepare to give my audience another relentless riff. The song I am to feed to them for their final helping of succulent shred is none other than Rush's 'YYZ.' After a brief meditation I convince myself that I will in fact hit nearly every note in perfect sync and will not fail to please my fans. I am ready to shine.

In case you've been wondering where I've been for the past week, the above vignette explains my whereabouts exactly. After gratefully receiving the video game sensation Guitar Hero II (fake plastic guitar controller and all) for Christmas, it has been my self-proclaimed duty of late to conquer every song in the game, no matter how long it takes. If only work and personal hygiene didn't have to get in the way, I'd surely have unlocked every string snapper by now (I keed!).
In any case, I'll try to post more this week, and not let this tasty candy of a game interfere with my providing you readers with music, news, and reviews.
Or then again....we'll see.
Posted by Steve at 7:13 AM 0 comments 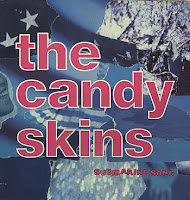 Every now and then you stumble across a catchy and powerful pop song that you somehow overlooked during the era it was actually released. 'Submarine Song,' by The Candyskins, is one such song. Released in 1991, the tune was well ahead of its time, putting forth the same sounds of power pop that made bands like Teenage Fanclub, The Refreshments, and Matthew Sweet briefly popular later on in the decade.