I've been a fan of Sun Kil Moon, aka Mark Kozelek, since I first heard "Carry Me Ohio" in about 2003.  That feeling was only reinforced for me when his LP of heartachingly understated Modest Mouse covers, called Tiny Cities, was released in 2005.

Kozelek just released a new track off his forthcoming 2014 album, Benji.  It's called "Richard Ramirez Died Today of Natural Causes" and, boy... it. is. raw.

The lyrics and title refer to Richard Ramirez, the infamous serial killer, who incidentally died from cancer in June of this year, while awaiting execution on death row.

The song starts with Kozelek's haunting guitar and leads into a nearly stream of conscious-like paranoid reflection on the scariest parts of growing up and growing old.  Soon, Kozelek's vocals start to pile on top of one other in staggered, unnerving layers.  By the time the drum finally kicks in during the last third of the song, it feels like a wave of relief crashing against the rocks. 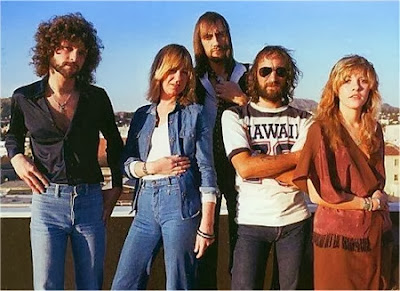 Dent May's 'Born Too Late' features sentimental lyrics set to a campy back beat.  But don't let the Hipster jade fool you; this single is quite rich, despite all its irony.

Stream 'Born Too Late' in the music player below:

Blue-eyed soul at its smoothest, Mayer Hawthorne delivers restrained sensuality with his single 'Her Favorite Song.'   If you like Pharrell, Robin Thicke, and Daft Punk's latest album, you'll really dig this melody.

The music video is below:

Steve's Songs of the Summer: 2013 Edition

Summer is winding down, and before we know it, another year will soon be in the books.  It's sad, but it's true.

In terms of pop culture, Summer is the defining era of each year.  Whether it's the Summer blockbuster, or the Summer beach read, Summer--for whatever reason--is the season that each year's cultural worth is judged by.  The kids are out of school.  And the business types who go on vacation are a little more relaxed.  When one thinks back to the good times in their life, summers undoubtedly rush to the front of the line.

The one mandatory pop culture discussion point is the Song of the Summer (hereinafter referred to as "The Song").  The Song is indelibly associated with carefree feelings, and it provides the soundtrack to the warm weather atmospheres of the year.    For example, the Summer between my freshman and sophomore year of college was defined by Eminem's The Eminem Show.  Indeed, I still remember 'Without Me' blaring in the background in the sticky evenings as all of us cooked steaks on the grill.

In honor of The Song, I'm proud to present my favorite Songs of the Summer 2013:

This tune hit the beginning of Summer 2013 like a gauntlet.  Taking no prisoners with its discotheque sounds, 'Get Lucky' was Daft Punk's first non-soundtrack album since 2007.  With throwback bass beats and the smoldering smoothness of Pharell Williams, 'Get Lucky' saved even the very worst of dance parties in Summer 2013.

When Vampire Weekend first hit it big a few years ago, I was never much of a fan.  Their associations with J-Crew and the Ivy League never really inspired me.  But when the band released 'Diane Young' this summer, I found myself hooked.  The foursome had finally found the sound us Midwest kids could relate to.  With the Peter Frampton flavored modulated-chorus of "Bay-bee, bay-bee, bay-bee, ..." the band struck a special chord with me. And the undersigned was a huge fan of the band's performance of the single on SNL, which you can watch below.  (FYI - 'Ya Hey' is another excellent song from Modern Vampires of the City):

Phoenix - 'Trying to Be Cool'

'Tell me that you want me, tell me that you want me."  The seminal lyric from 'Trying to Be Cool' serves as one of the most memorable hooks from Summer 2013.  Combine that hook with the all-too-tasty keyboard distortions that buttress the song, and you have yourself a bonafide French Invasion  (not to be confused with the British Invasion).  'Trying to Be Cool' was also performed on SNL in 2013, which is the version featured below.

'Sonsick' busts the mold of the traditional Summer song in many respects.  It's not breezy.  It's not the happiest.  But it has an infectious chorus that affects you vicerally.  It also features a nice array of horns.  During the Summer of 2013 I tended to hear this song on satellite radio at times I least expected to, and it hit the spot EVERY time.
Posted by Steve at 2:59 AM 0 comments