Elton John - 'Burn Down the Mission' 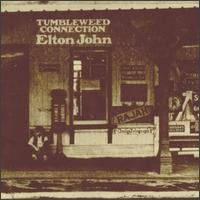 Elton John's song craft has often borrowed heavily from American Gospel. 'Border Song' and 'Take Me to the Pilot,' for instance, immediately come to mind. Not ironically then, it was his album deliberately themed around the American West which spawned one of his tightest Gospel choral compositions ever.

'Burn Down the Mission' was the final track on 1971's Tumbleweed Connection. With Bernie Taupin penning the lyrics and John coining the hooks, the extended hymn was a certain experiment of pop sensibilities of the time. Commencing in humble piano strokes and yearning croons, the song begins no different than any other Elton song of the seventies. In fact, it even contains an infectious ballad of a chorus. But just when the track could quietly cease and guarantee itself a comfortable spot on continuous radio rotation it erupts in an epiphany of soul-searching Southern Gospel...only to repeat the cycle a couple times thereafter.

Taupin's lyrics lend further weight to the emotional power of the song. Lines such as "Behind four walls of stone the rich man sleeps / Its time we put the flame torch to their keep" speak to a call not so much against religion itself, but the tyranny committed by stewards of power. And "Burn down the mission / Burn It Down to Stay Alive" urge us all to consider our constantly tenuous relationship with authority.

In all, a not-so-subtle song that screams rebellion, 'Burn Down the Mission' is one of Elton John's finest performances. Recorded at the John-Taupin songwriting peak, it is a perfect example of the mutual harmony that can be poetry and melody.

Elton John - 'Burn Down the Mission'

Some of you may recall my previous post, detailing my obsession with the game Guitar Hero II. Well, just when I was getting bored with all the current songs of that game, Harmonix has released an expansion pack to hold me over until Guitar Hero III comes out later this October.

Guitar Hero Encore: Rocks the 80s features all the head banging hits from metal's favorite decade. Quiet Riot, Twisted Sister, and Poison all make an appearance. But I think the one song I most look forward to rocking out to is Ratt's 'Round and Round.'
Check out more about the new game here.

Tegan and Sara - 'Back In Your Head' 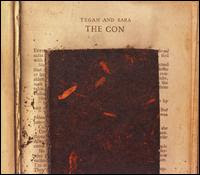 Back when 'Walking With a Ghost' was released, I was a big fan of Tegan and Sara. (So were The White Stripes, who covered the single). Now the Canadian folk-duo has released a new album, entitled The Con.

Listen to the record's first single 'Back In Your Head' below:


Tegan and Sara - 'Back In Your Head'

The Simpsons Movie is slated to hit theaters worldwide this Friday. In honor of this much anticipated event, I present to you the Simpson's theme song, performed by Green Day below:

I ran across this while visiting For Your Entertainment (a great humor blog).

Watch for yourself below:

Jimmy Page to Reunite with Jeff Beck for Yardbirds Tour 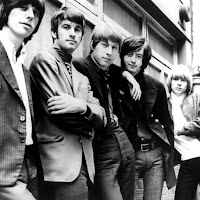 "According to an industry insider, Jimmy Page and Jeff Beck are going to tour as The Yardbirds this fall alongside founding bassist Chris Dreja and drummer Jim McCarty. The tour is said to kick off this October. It’s unclear who will be the reformed Yardbirds’ lead singer (original vocalist Keith Relf died of electrocution in 1976). Eric Clapton, the Yardbirds’ founding guitarist, has no plans to participate, according to the source."

Read the rest of the article here.

"Devendra Banhart has announced the name and release date of his fifth studio album.

The follow up to ‘Cripple Crow’ will be released on September 24 and has been given the rather fetching moniker of ‘Smokey Rolls Down Thunder Canyon’.

Read the rest of the article here. 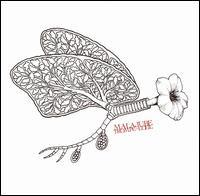 I don't normally listen to French-Candian rock, so forgive me if I'm little behind on this find.

The band is Malajube and the song is 'Montréal -40° C.' And even though I have no idea what is being said in the lyrics, the tune is just oh so catchy in a strange, weird way. In fact, AMG's Tim Sendra has described the band's music as:

Rihanna - 'Shut Up and Drive'

Well, it's zero to sixty in 3.5, and Rihanna's 'Shut Up and Drive' is my guilty pleasure of the summer. Crunchy guitars and witty lyrics that only Prince could approve of combine to grant this newest single from Rihanna the top spot on my current iTunes playlist.

Oh yeah, the video is pretty good too ;) 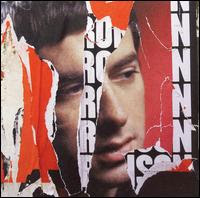 The stepson of Foreigner's Mick Jones, Mark Ronson has paved a path less raucous. Rather than jamming out with guitars, Ronson has instead spent the past few years running turntables for artists like Macy Gray and Jay-Z. His dazzling ability to spin the wax has meant great demand for his skills in both the London and New York DJ scenes.

Recently, with the release of Version, Ronson has gained some mainstream exposure as a distinct musical visionary. With a production focus more along the lines of melody and style than bass beats, Ronson takes several staples from modern artists and converts them into chic pop songs that can be played at both the club and the pub.
Some of the more striking reinterpretations include a brassed-up version of Coldplay's 'God Put A Smile On Your Face' and a Motown flavored adaptation of Kasabian's 'L.S.F.'
But one of Ronson's most brilliant translations is that of The Smiths' 'Stop Me If You Think You've Heard This Before.' The new 'Stop Me' is great because it both preserves the melodical integrity of the original, while implementing American R&B to create a song that can span both sides of the Atlantic sound-wise this time around.
You can listen to both The Smiths original and the Ronson adaptation below:

For those of you planning on treading into dance-party territory, be sure to play this down-tempo, neo-disco hit at your next mixer. Part Daft Punk, part Saturday Night Fever, Justice's 'D.A.N.C.E.' is wholly awesome.

In fact, it may have been YouTube's ShadowsSkates who recently said it best:

"Thsi (sic) is the best music video in the history of mankind!I cant get this song out of my head! Its the sickest!" 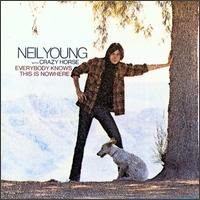 The thing about Neil Young's songwriting is that his guitar tells just as much of the story as his words do. Synapses between scenes, Young's craftsmanship on the axe intertwines hooks and refrains while cleverly maintaining a song's overall message.

'Cowgirl in the Sand' is the epitome of all Neil Young songs. Rivaled perhaps only by 'Cortez the Killer,' the composition is a ten minute long duration, carefully meandering through the rousing and the pastoral, the eccentric and the nocturnal. Tugging on both your heart strings and your boot straps, 'Cowgirl' draws emotion as well as involuntary foot-tapping to its steady, determined arrangement.

'Cowgirl' is not meant for the yuppie, garden-variety "greatest hits" music listener out there. With the song taking nearly two minutes to reach its first hook, those with musical ADD would fare better devoting their concentration to less intricate artists. But for those willing to expand their auditory horizons, 'Cowgirl in the Sand' is a prime place to start.

Listen to 'Cowgirl in the Sand' below: 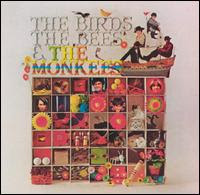 Growing up, one of my most vivid memories was that of my mother playing Monkees records on the home stereo. And while that scenario may seem torturous to some, it was ace when compared to the Donny Osmond records she seemed to spin equally as much.

It is true that The Monkees was a band manufactured to ride the wave of the British Invasion and star in their own television show, but it is too drastic to write off the quartet for these reasons alone. The group did have talent and was able to crank out some memorable top-ten hits if only for their charisma and stage/studio presence alone. For instance, 'Daydream Believer,' the bittersweet piano ditty, has long been played on oldies stations, while a modern rendition of 'I'm a Believer' was featured in one of the Shrek films.

The legacy of The Monkees may be forever overshadowed by their reputation as conspicuous Beatles emulators, but out of all the corporate schlock that surrounded the band emerged some great and raw rock & roll songs. 'Valleri' was a cut that falls into this very category: The layered refrain, as well as the Spanish guitar and brass, creates a whirlwind of sound in all but two and a half minutes. Add that to the all too typical subject matter of "love song for a girl," and 'Valleri' is a great find. 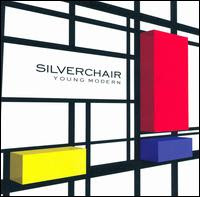 Call me behind the times, but I had no idea that Silverchair had released a new record a couple or so months ago. Or, then again, maybe I did know that, but never paid the news much attention. (The band's music was never the same after the 'Year 2000' anthem song came out several years ago)

Regardless, while checking out the new releases on Napster, I ran across this alleged new single from Silverchair's newest album Young Modern. The song is called 'Straight Lines,' and after a couple of listens it surprisingly begins to grow on you. While the energy of 'Straight Lines' pales in light of the band's previous smash hits ('Tomorrow' inevitably comes to mind) the track is a pleasant Adult Album Alternative offering, showcasing the band's evolution from teen rock sensation to committed progressive artistes.

Listen to 'Straight Lines' below:

Between my XM and digital cable, it's been hard to avoid Live Earth coverage today (certainly not a bad thing!).

Just five minutes ago I finished watching Smashing Pumpkins rock The Meadowlands, and it was awesome to see them back on stage after so many years. Alicia Keys and Foo Fighters had some great performances as well. I can only hope this event makes us all aware of how connected we are to the natural infrastructure we call Earth. Even little things we change can affect a big difference.

Have a great Saturday night all!
Posted by Steve at 9:09 PM 0 comments

Live Earth to Kick Off in Australia

"Madonna, Metallica, The Police and Kanye West are among the top names listed to perform at a series of climate change concerts being held around the world starting Saturday in Australia.

The biggest names will appear at Live Earth concerts in London and the United States, with more modest lineups of mostly local and regional acts in Australia, Japan, China, South Africa, Brazil and Germany.

Live Earth was inspired and is backed by former Vice President Al Gore's campaign to force global warming onto the international political agenda by generating a groundswell of public concern."

Read the rest of the article.

A wedding last week, and an upcoming vacation this week has translated into a non-ability to publish posts. Things should be back to normal by next week.

Thanks for your patience.