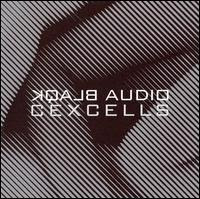 What if singer Davey Havok had joined an industrial rock band instead of his emo-tinged AFI?

The side project of Havok and AFI guitarist Jade Puget sheds light on this question with the release of their single 'Stiff Kittens.' Although the electronic collaboration came to be nearly five years ago under the moniker Blaqk Audio, it wasn't until Tuesday that their alternative universe known as CexCells was able to be released.
You can listen to 'Stiff Kittens' below:
Blaqk Audio - 'Stiff Kittens'

I love the song "stiff kittens." I think it's great:D