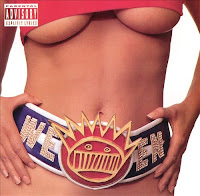 Ween was panned for not taking rock music very seriously.  But in 1994, when the duo released Chocolate and Cheese, critics took another look.  Was it possible to successfully fuse humor with decent songwriting?  The album seemed to answer that question in the affirmative.

'Freedom of '76' is a track from Chocolate that, on the face of it, is a quasi-parody of seventies soul, but that serves as a solid chillwave predecessor in the end.

Stream 'Freedom of '76' in the player below:

i would argue that "what deaner was talking about" is the MUCH better example of pure pop genius on this album...