Khruangbin - 'So We Won't Forget' 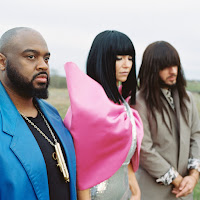 Although the tone of 'So We Won't Forget' is warm, spaced-out, and peaceful, its lyrics are anything but.  The song's lyrics--and corresponding music video--clearly convey the eternal struggle between terminable mortality and the infinite march of time.

The track is composed by Khruangbin, a Texas outfit, whose tracks are inspired by Thai rock and funk.  Their gentle harmonies, interspersed amongst tender, vibey notes, is what gives 'So We Won't Forget' its special juice.

Watch the emotional music video to 'So We Won't Forget' below: