Audioslave - Out of Exile 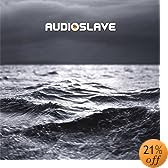 Don't get me wrong. I am a fairly huge Audioslave fan. Growing up, I fell in love with Soundgarden, and I loved to blast some Rage in order to release some steam. When components of the two bands amalgamated a few years ago into the supergroup Audioslave, I was ecstatic. In fact, I still remember the pangs of anticipation I experienced as I first heard the musical build-up to their debut single 'Cochise;' the part right before the explosive guitar just let loose with the juice. (You know, the crunchy noise that is played while Cornell and Rage-sans-De La Rocha are silently riding the elevator up to the roof of that tall edifice in the music video). I thought the first album was good, and have held a dormant craving for version 2.0 for the past year or so.

When I heard that a sophomore album was about to be released a few months ago I once again grew excited, wondering if the first single of the new album, Out of Exile, would be just as dynamic as 'Cochise' was when Audioslave was released a few years ago. Imagine my disappointment when I finally was able to hear 'Be Yourself.' An audible Aesop's Fable, I felt the tune more appropriately belonged on a NOW-YOU-KNOW segment of an animated "GI JOE" episode. Not only were the lyrics rather weak and junior, but the whole musical experience of that single was saturated with boredom.

Fortunately, upon listening to the remainder of the album, 'Be Yourself' is not indicative of the rest of the record. Thank God (Allah, Yahweh, Great Spirit, INSERT DEITY HERE)!! Instead, most of the album is fused with the raw energy and musical prowess inherent of old school Rage and Soundgarden---a saving grace for the true fan, believe me!

To be honest, I wouldn't say that the album is real single-heavy, which might explain the awkwardness of 'Be Yourself' having been released to radio. Instead, most of the songs are deeper and more relevant to the advanced listener. This is not to say that the album is lacking in hooks or catchiness. Rather, Out of Exile, seems to be more fully experienced by actively listening for the whole plethora of sounds on noise-canceling headphones, as opposed to cranking it on a moderate-quality stereo system. (Think of Pink Floyd's Dark Side and the hundreds of different sounds you here on headphones versus Wal-Mart speakers). And for a band whose members have already achieved massive success in their former groups, not producing a lot of radio friendly tracks is OK. With Out of Exile, art is produced for art's sake, rather than for massive rotations on Clear Channel radio stations---or so it seems.

Frankly, when you get down to it, Out of Exile isn't going to blow anybody away, and might not even attract juvenile or other beginner listeners. But for the seasoned rock fan and children of the nineties, Out of Exile serves its purpose. In other words, if you want to know what a really, really, really good rock band is capable of producing, buy/steal/borrow this record. If your goal is to find an album full of Appetite for Destruction-esque arena hits look elsewhere....or just stay tuned for record number 3 from these guys.

(Notable tracks include: 'Out of Exile,' 'The Curse,' and 'Your Time Has Come.')

mmm...well
I have posted some of
my photos here