Steve's Retro Song of the Week: Todd Rundgren - Hello It's Me 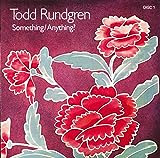 Many critics, upon the release of this particular single, pigeon-holed the tune as nothing more than a male version of a song off of Carole King's Tapestry. And while the song is piano heavy and laden with deep emotion, Rundgren incorporates more jazz and more brass than King, solidifying his own identity in the rock world. Additionally, true to Rundgren's form, this song is by no means indicative of the other songs contained on Something/Anything? nor of other songs he has created during the course of his career. Keep in mind, Rundgren's diverse tastes and abilities have allowed him to produce not only 'Hello It's Me,' but 'Can We Still Be Friends' and the goofy 'Bang the Drum All Day' as well. Also, some FYI for you: Vickie Sue Robinson, who provides backup vocals on 'Hello It's Me', later sang 1976's disco classic 'Turn the Beat Around.'

Other songs of note on Something/Anything? include: 'Couldn't I Just Tell You,' 'It Wouldn't Have Made Any Difference,' & 'I Saw the Light.'

Hello, it's me I've thought about us for a long, long time
Maybe I think too much but something's wrong
There's something here that doesn't last too long
Maybe I shouldn't think of you as mine

Think of me
You know that I'd be with you if I could
I'll come around to see you once in a while
Or if I ever need a reason to smile
And spend the night if you think I should
Posted by Steve at 2:30 PM