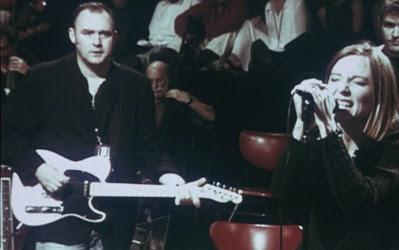 Portishead, one of my favorite U.K. trip-hop groups, has announced that they will release a new album on April 14th of this year.

The record, which will be titled THIRD, is not only the third studio effort from the band but also their first album in 10 years.

According to Portishead.co.uk the release will drop in the midst of a three month European tour. The only U.S. date set at this time is for April 26th's Coachella Festival. Portishead is scheduled to headline night two of the three day festival.
Posted by Tae at 10:19 PM