Vinyl vs. CD: An Analog Revival in a Digital World (Part 2 of 3) 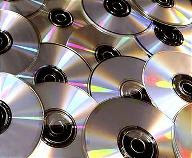 I've been looking for blogs that talk about music and am glad I ran into The Lonely Note. BTW, loved the fact that on vinyl you must be "commited to the whole side". Great stuff.
I like the blog and, after going to a bunch of others which turned out to be nothing more than just advertising, or blogs that haven't been updated in a year, yours was a breath of fresh air.