Over the weekend, I was flipping through some of my mother's old college year books. She attended the University of Iowa in the late '60s and early '70s.

The pages are filled with some great photos of student life - not merely the organizations, Greek life and athletics, but the anti-war protests and vigils, as well. One such image captures a group of students holding a moment of silence for the Kent State massacre. On another page, there's an article about student experimentation with drugs.

And then, of course, there was the music. Perhaps no other era is as famous for shaping modern music as the late '60s.

At the University of Iowa, student organizations such as the Central Party Committee (CPC) were charged with putting on annual campus concerts. Legendary acts like Jefferson Airplane, Sergio Mendez, The 5th Dimension, Diana Ross & The Supremes and Simon & Garfunkel all performed on campus during these years. 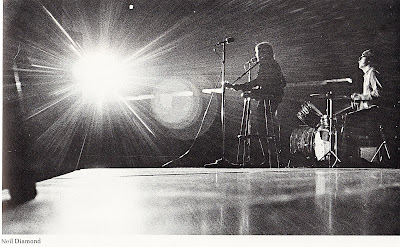 Neil Diamond (1970)
"At one point during his set, Diamond had all the lights in the Fieldhouse turned off. He then commanded the audience to set off the flashbulbs that were attached to their cameras. They obeyed. It was psychedelic." 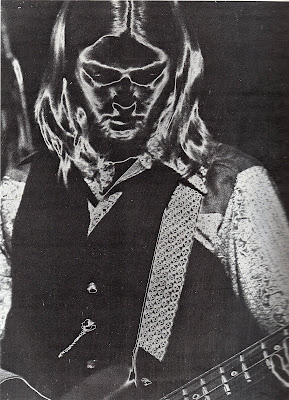 Grand Funk Railroad (1970)
"Grand Funk gets a lot of insults from rock critics who contend that their music is tuneless and dependent on feedback and volume. Perhaps the criticism is valid. Even so, the near capacity audience which witnessed the concert gave Grand Funk enthusiastic response."

"...played a sellout concert at Madison Square Garden the night before they played in Iowa City, so they were excusably wasted during most of the evening; nevertheless, they eventually got it on, as the saying goes." 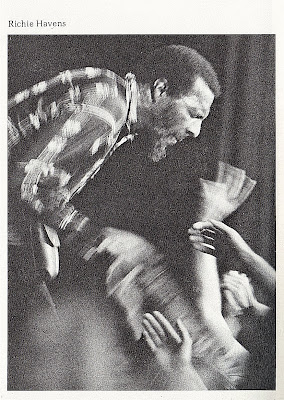 Richie Havens (1970)
"He spent nearly as much time talking politics as singing, but the latter was worth waiting for. His best moment came with the singing of "Freedom" and "Motherless Child," songs that he sang in the film, Woodstock." 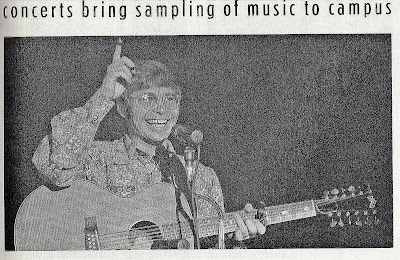 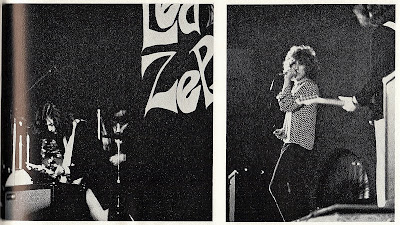 Led Zeppelin (1968-69)
Although there is no writeup about this show, it is mentioned that nine members of the CPC executive board resigned shortly thereafter to protest what they called, "centralization of activities and budget restrictions."


These images appear without credit in the original yearbooks. Outside of university archives, most of these photographs are likely lost in your parents' attics somewhere. As such, I have taken the liberty of scanning them myself to preserve and share these moments in music history.
Posted by Tae at 8:00 PM

i watched the Dead set up their "wall of sound" in the UI fieldhouse in '73. the scaffolding went up to the ceiling and housed a myriad of speakers of all sizes. i couldn't afford a ticket but since i was working out close by got to see their sound-check. it was revolutionary. where has the activism of that era gone? great blog for us seniors!!

I attended all of the mentioned concerts except Grand Funk. Have to admit Johb Denver was my favorite. After the concert he held a guitar workshop. There were only about a dozen of us who attended.