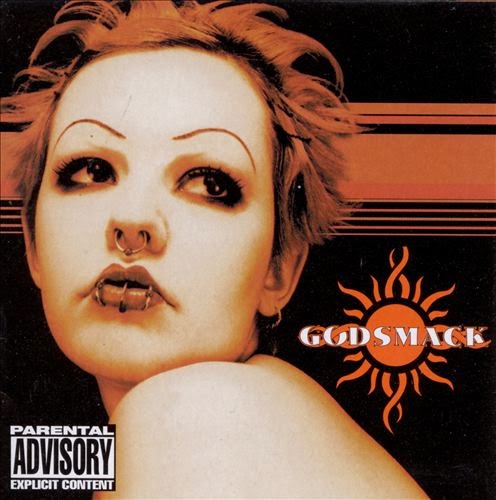 In 1998, Godsmack was panned as a bunch of Alice in Chains rip-off artists.  Notably, the debut album’s ‘Someone in London’ could have served as sequel to AIC’s ‘Sludge Factory.’  (It also didn’t help that the band shared its name, sans space, with a track from Dirt).   But, for the most part, the Boston band survived off of its own unique energy, as its sound was just hard enough to remove it from the neo-grunge criticisms prevalent of the day.

Led by Track 2’s ‘Whatever,’ Godsmack shoved its way unto rock and alternative radio with a vengeance.  Angry, pounding, thrashing—yet melodic and slightly poppy—‘Whatever’ served as an anthem for alienated Millennials coming of age in the late-nineties.  Indeed the song’s oft-repeated lyric, “better fuckin’ go away!’ spoke directly to the cohort’s misanthropic attitudes and overall angst.

‘Moon Baby’ served as an interesting first track; it features a clip of Neil Armstrong’s famous quote just before the band launches into a driving cut sprinkled with exoticism and mysticism.

‘Time Bomb’ harmlessly begins like a typical Depeche Mode synth-rock melody before vocalist Sully Erna screams, “I am in living hell; makes me wonder if I’m alive.”  His vocals, of course, are accented by robust guitar and drum work.

Many of the remaining tracks on the album fit within a similar framework:  Sully Erna projects guttural vocals whilst the rest of the band presents thrashing guitars and thumping drums and bass.  The final track, however, departs sharply from this paradigm.

Godsmack’s final offering, ‘Voodoo,’ is a stripped down tribal chant that, not surprisingly, shares a similar structure with AIC’s ‘Angry Chair.’ But what separates ‘Voodoo’ from ‘Angry Chair’ is an earnest vocal, layered upon sobering acoustic drums and a steady, yet stripped down, bass guitar.  It also contains the same mysticism and exoticism ‘Moon Baby’ serves up—only tenfold.


As a whole, Godsmack’s debut was a solid premiere, offering true rock fans a great alternative to the emo and pop-punk offerings prevalent of the day.  And 16 years later, it’s still a great album to pop into the ole CD player when you need just a little extra motivation to make it through the day.

Watch Godsmack's live performance of 'Time Bomb' from 2000's Ozzfest in the player below: