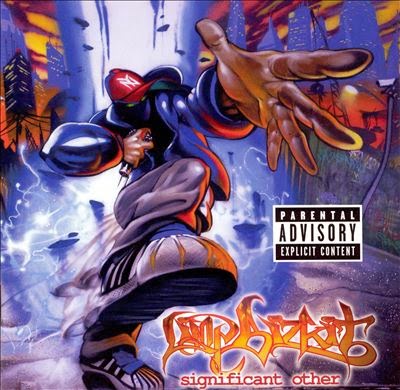 Limp Bizkit is often minimized as self-indulgent: making music for the mere sake of mentioning their own name in their recordings.  Sure, they do utter the words “Limp Bizkit” in several of their songs.  And Fred Durst seemed pretty into himself during the band’s heyday.

Nevertheless, the band produced some iconic songs and videos emblematic of the late-nineties.

Of course, everyone had ‘Nookie’ burned into their brains in 1999.  But Significant Other contained some other great gems.  Among them was ‘Rearranged,’ a seemingly mellow rap-rock track with an arc that travels from chill to raucous in the span of about four minutes.

The video for ‘Rearranged’ follows the band’s faux arrest, referred to in the video for ‘Nookie.'   Interestingly, it featured Matt Pinfield, the former MTV VeeJay and Farmclub.com host.  He plays a judge who sentences the band to death.  Subsequent to that, the band rocks out with their cocks out in the death chamber, playing to the death as the room floods with milk and drowns them.

The final scene shows the group in what is presumed to be Heaven, having been drowned, when Fred Durst says, “If this were Heaven, I’d be kicking it with Method Man.”  The video cuts to a “To be continued” title screen, setting the stage for the band’s following single, ‘N 2 Gether Now,’ which featured Method Man prominently.

'Rearranged' was reportedly one of guitarist Wes Borland's favorite tunes of the band's to play.  Indeed, it is one of the undersigned's cherished tracks from the band as well.

Watch the video to ‘Rearranged’ in the video player below: