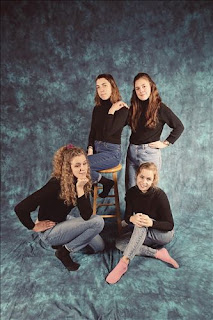 Oh how so happy I have been to finally see the pendulum begin swaying back toward the raw, guitar-heavy sounds that were once so prominent two decades ago.  Yes, indie rock is starting to see a resurgence of Grunge-inspired bands and anthems, and I am a major cheerleader for such a development.  (Refer to the relative success of Courtney Barnett if you remain unconvinced that there is a hunger for gritty, punk-inspired rock).

Previously, we had posted on Speedy Ortiz, whose sounds certainly embody the sounds of that time.  Today, we present to you 'Time to Go Home' by Walla Walla-based (of course) Chastity Belt.  And while Speedy's sound tends to gravitate more toward the Veruca Salt side of the grunge-revival spectrum, Chastity Belt bolts directly for Sonic Youth territory.

'Time to Go Home' starts off slow and moody, but quickly adds some rapidity to the mix, ending on a steady, accelerating gait.

Watch the video to 'Time to Go Home' below: