Vinyl vs. CD: An Analog Revival in a Digital World (Part 1 of 3) 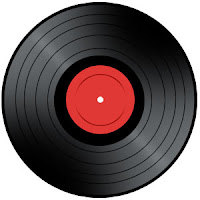 (This is the first part of a three part article discussing the format wars between CD and Vinyl.)
Introduction
Perhaps the only argument that has persisted on longer than the vinyl vs. CD debate is that one about the chicken and the egg. Both camps have loyal supporters. And both camps have strong evidence supporting their preferred medium. Yet neither format has attracted a substantial majority of audiophiles exclusively.
A few months ago Wired published an article about vinyl and its contribution to the "impending" death of the CD. Allegedly pressing houses are at capacity and vinyl sales are up, while CD sales have steadily declined since the dawn of the millennium. Of course, many CD sales have been displaced by MP3 purchases at online retailers such as iTunes, meaning that digital music resides no longer on silicon discs but on servers and hard drives instead. However, even with those MP3 sales accounted for, vinyl's rise as the medium of choice for some music buyers is impressive.
Having been born the year after the compact disc was invented, I have personally witnessed the swift extinction of turntables from the lay person's living room. By the time I was entering junior high, mere ownership of a record player was symbolic of the luddite and his unwillingness to accept the bright future the CD promised us. After all, vinyl records were bulky, difficult to transport, and began to crackle when dusty or scratched. CDs, on the other hand, were small, sleek, durable, and were easily portable for play in car stereos or discmans. CD burners were affordable and put the power of track selection in the hands of the consumer, while I never personally knew anybody who had a $10,000 vinyl cutter just sitting in her bedroom.
Yet, as vinyl vacated the collective imagination of the everday music listener, the medium prevailed in the niche circles of DJs and analog fanboys. DJs often preferred vinyl for its scratching capabilities and for the fact that analog offers a wider range of frequency for listeners than does the CD. Analog purists argued that vinyl provided a warmer, fuller sound, and that CDs sounded sanitized and mechanical. Because digital could only take "snapshots" of the sound, they said, CDs were incapable of presenting a true reproduction of the studio recording. The groove of the analog record, they furthered, is the only medium able to provide true sonic replication because the indentation in the vinyl is a physical manifestation of the actual sound waves and vibrations created by the original instruments.
As I weighed the audible possibilities of vinyl in a music culture rife with silicon, I decided to examine the format differences for myself. Did vinyl provide a richer, warmer sound? Or was CD superior in that it furnished a much more precise tone?
Read the forthcoming Part 2 to continue this musical format journey with me.
Posted by Steve at 1:39 AM

Great article! That was a very interesting experiment to read about. Thanks for sharing.