My Favorite Strokes Tunes: 'Is This It' 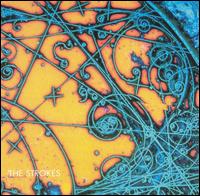 In the year 2001, an unknown band called The Strokes suddenly materialized and dropped a catchy, danceable single called 'Last Nite.'  The lead singer was dreamy, and the guitarist descended from a prominent seventies songwriting legend (See Albert Hammond).

In a time well before the first snarky post was ever published on a music blog, 'Last Nite,' and its corresponding album, Is This It, gained massive traction.  The music video for the record played non-stop on MTV.  Rock stations spun it incessantly.  And music fans were excited, with some proclaiming this new band from the Big Apple as the next Nirvana.

For better or for worse, The Strokes provided the soundtrack for my ensuing undergraduate years.  Moreover, the band's special brand of stripped down, lackadaisical garage punk emerged as a ubiquitous force that influenced countless indie bands and gave new hope to jaded music journalists and bloggers everywhere.  Indeed, you would never have heard about The Black Keys, Jet, Arctic Monkeys, The White Stripes, or The Hives without The Strokes.  Likewise, the music blogs that fawn over these class of  bands would not exist either.

In honor of the band's latest release and the legacy it has forged during the last decade, I present to you my all-time favorite Strokes tunes, broken down by album.  While this list is by no means all-inclusive, it serves as a survey of my impressionable Strokes experiences:

As soon as Julian Casablancas launches into his lyrical tyrade, wailing "Laaaaaasssst Niiiiitttttteeee," you know something big is about to happen.  And it did.  "Last Nite" reintroduced the heart and soul of rock and roll to a generation that had previously been inundated with the meandering screaming of Limp Bizkit, Kid Rock, and Slipknot.  For those of us yearning for a less angry side of rock, "Last Nite" was our answer.

Also from the band's debut release, "Take It or Leave It" was one of The Strokes' most intense, most raw, most organic compositions.  The band gels as one cohesive, well-oiled, take no prisoners, rockin' machine in this single.  The band's performance of this song on David Letterman still resonates with fans and music critics today--much due to a balls-to-the-wall guitar solo by Albert Hammond, Jr. and a microphone slam by Julian Casablancas.  If you haven't seen it before, you owe it to yourself to watch the Letterman performance of "Take It or Leave It."

Julian Casablancas' trademark vocal style is to speak into the microphone as closely...as...possible.  This technique often provides the proper dosage of artist-to-listener intimacy many music connoisseurs crave.  "Soma" is no exception, and it was one of the band's first radio singles that displayed this VOX quality.

Just dudes being dudes.  That's what the music video for "Someday" depicts.  Each band member in this song has a chance to show off.  The drums are prominent.  There's a bass solo in the middle.  Slash makes a cameo at the pinball machine.  And the overall theme of this tune is jovial.

This is what The Strokes are all about.

Stay tuned for the next installment of my favorite Strokes tunes in the forthcoming days.
Posted by Steve at 9:32 PM