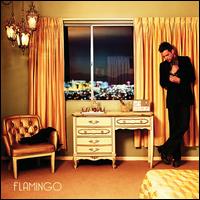 Brandon Flowers' solo foray, by way of 'Crossfire,' doesn't strike a fancy the first time it's played.  Indeed, it fails to make any statement until its sixth or seventh spin.  Perhaps this has more to do with alt rock radio stations saturating the airwaves with it's sounds than it has to do with hidden beauty--but that's mere speculation at this point.

Speculation aside, 'Crossfire's' declaration is a worthy one.  It's an American West-themed tale of darkness and apathy, of despair and paralysis.  Yet, it's also a song sprinkled with a bit of hope.
Stream 'Crossfire' below: