Starsailor - 'In The Crossfire' 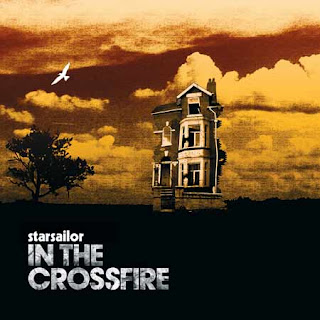 Somehow, I missed this one the first time around. I remember when Starsailor emerged, circa 2002 with their single, "Good Souls," but failed to really keep a pulse on their career after that.

So, when I first heard "In the Crossfire" a few days back, I thought to myself, "Hey, this new Starsailor song is pretty rockin'!"

What I didn't realize was the song was released back in 2006 on the band's third album, On the Outside.

The earnest lyrics and piano-driven Britpop of "In the Crossfire" are balanced well by the strength of the rhythm section. Singer/guitarist James Walsh's weary vocals often compare to those of The Verve's Richard Ashcroft, and Walsh hits some stellar high notes in the song's chorus.

If you haven't given Starsailor a spin in a while, this one's worth the time. Stream "In the Crossfire" below: