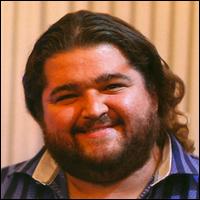 Weezer is probably one of the most polarizing bands on the modern rock scene today.  In fact, one anti-fan is so annoyed by the band, he is currently attempting to raise 10 million dollars to convince Weezer to break up.

The derision toward the band isn't always fair, however.  When Pinkerton was originally released, critics, including Rolling Stone, panned the album as a disaster.  Today, Weezer's sophomore effort is viewed as one of the most important records of the nineties.  (Click here for more information on Pinkerton's rise from initial obscurity to legendary status).

Although Weezer's latest effort, Hurley, may not be Pinkerton-redux, it still shows some critical promise.  Among the decent tunage is 'Memories,' a relatively muscular riff that harks to a more nostalgic time for the band.