Deftones' brilliant 2020 album, Ohms, was easily one of my favorite albums of the year--and likely my favorite from the band in the 20 years since 2000's White Pony (which also received an anniversary re-release and remix album, Black Stallion, this year)
The past year, despite a global pandemic, has proved to be a productive one for singer Chino Moreno.
Moreno's synthy side project with Far's Shaun Lopez, ††† (Crosses), just released their latest single, "The Beginning of the End" last week. 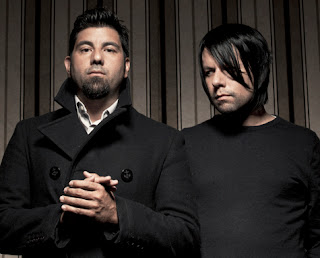 The track marks the first single since †††'s self-titled 2014 LP.  The group's sound has always leaned more towards dreamy downbeats and melody than either of the two artists' respective Alt-Metal bands.  This should come as no surprise to anyone who's followed Moreno's long career, as he's always worn his '80s influences on his sleeve:  The Cure, Depeche Mode, Cocteau Twins, Duran Duran, etc...
As such, it also shouldn't be too shocking that the new single isn't an original tune, but a true-to-form cover of a 1992 electropop tune by Cause and Effect.
You can stream "Beginning of the End" below:
While Chino's side projects have always caught my attention, I'll admit that I was not expecting the latest solo album from former Dillinger Escape Plan frontman, Greg Puciato.
Dillinger earned a reputation through their relentless barrage of technically precise hardcore metal and wildly intense stage performances.  Frontman Puciato has been known to breathe fire, bleed from his head and destroy equipment onstage during the band's crazy live shows that have developed a legendary status. 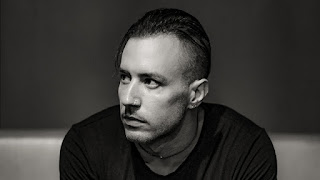 Puciato has also proved to have had an incredibly prolific year.
His "other band", metal supergroup Killer Be Killed includes Soulfly/Sepultura's Max Cavalera, Mastadon's Troy Sanders, and Converge's Ben Koller.  Killer Be Killed released their aggressive new album, Reluctant Hero, in 2020--which is also recommended listening if you're looking for something heavy.
When my metalhead friend, Brad, recently recommended I check out Puciato's new 2020 solo album, Child Soldier: Creator of God,  I was quite surprised to find an album packed with melodic electronic rock.
Child Soldier finds Puciato stretching his wings and blending genres throughout its 15 tracks.  On standout songs like, "Temporary Object" and "A Pair of Questions", Puciato's Dillinger roots are nowhere to be found, swapped out for catchy synthpop and darkwave influences.
On "Evacuation", Puciato mixes melodic singing with snarls and screams for a heavy industrial rock mix that feels like it could have been written by Nine Inch Nails' Trent Reznor.
In a lesser artist's hands, this drastic shift in musical styles could be a huge flop, and alienate longtime fans, but Puciato's earnest approach feels sincere in his influences and successfully comes off as an engaging and collected experience--in the same vein of the aforementioned †††.
I've since gone backwards and become more familiar with Puciato's other project, The Black Queen, which is also much more in the synth-rock vein, and worth visiting if you enjoy his solo album.
As a fan of both New Wave and Metal, I'm all for more experimental crossover albums from the metal community.  If you are, too, I'd highly recommend taking both Chino Moreno and Greg Puciato's side projects for a spin.
Watch the live video for Greg Puciato's "Evacuation" below:
Posted by Tae at 12:57 PM