Of all the music I listened to in 2020, it's probable that no other artist played as frequently as Mayer Hawthorne. 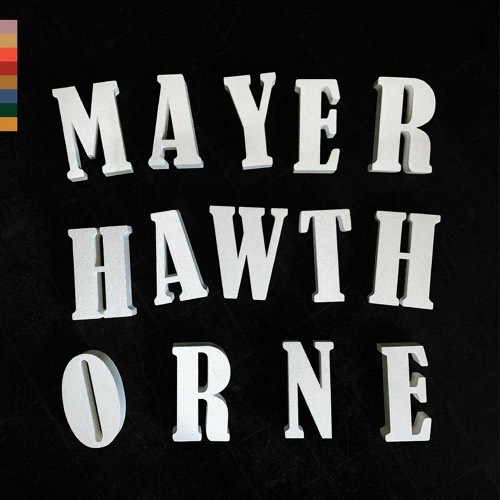 I'd been a casual fan of Hawthorne's retro-soul for a number of years (Steve blogged about him briefly back in 2013), but it wasn't until he began dropping one-off singles last year that I really got hooked.

When the single, "M.O." was released last February, it instantly became a part of my regular rotation, and I found myself combing through his back catalog more than I ever had before, including his previous solo albums and work with his disco-funk duo, Tuxedo.

After "M.O." became my go-to, I realized that Hawthorne had already been teasing new music one song at a time for the prior 6 months.  Whether on the Prince-like funk of "Over", or on the sexy Marvin Gaye energy of "Healing", Hawthorne has a gift for putting a modern spin on classic R&B music.

All of the songs have a delightfully nerdy, blue-eyed neo soul vibe, but Hawthorne's falsetto and abilities as a musician and producer sell the authenticity.

During quarantine, Hawthorne began hosting a weekly Thursday night Wine & Vinyl Hour livestream, where he'd pull records from his massive collection to play for fans.  His depth of appreciation for classic and obscure music really came through during these livestreams, which also gave some insight into his musical inspirations.

In the middle of the Coronavirus pandemic last summer, Hawthorne released the single, "Rare Changes", which he dedicated "...to the brave people of planet earth who are holding hands and fighting for the rare changes".  He acknowledged that the song was written pre-Covid but felt the message became more important than he'd realized at the time.

Fans, including yours truly, were wondering when any of the eight great singles Hawthorne had released online would eventually find their way to a physical medium.  In December 2020, 1-1/2 years after first teasing new music, Hawthorne released the Rare Changes LP on CD and vinyl formats.

The album is a collection of 9 tracks, with only the short "Intro" track featuring previously unreleased music.  The entire album clocks in at under half an hour, but for those fans who'd waited patiently, it's exactly what we wanted. There's no filler here--every song is fleshed out and feels cohesive as a compilation.

Rare Changes easily ranks as one of my favorite albums of 2020.  To order a copy for yourself, visit: www.mayerhawthorne.com

Watch the recently-released video for the title track single, "Rare Changes" below: