Over the past week,  I've found myself listening repeatedly to two new singles from two very different--but equally impressive--artists, José González and Gojira.

González, the Argentinian-Swedish indie folk musician, returned with his first new single in several years, (and his first in Spanish), "El Invento". 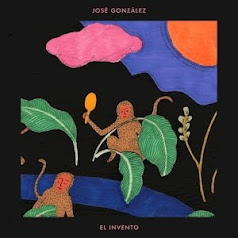 González describes "El Invento" as a song he wrote around the birth of his daughter, and one which asks the questions, "...who we are, where we're going, and why?"

Like much of his music, the song is pastoral and introspective, with González' skillfully-plucked acoustic guitar playing to delicately spoken vocals.  It's a very poignant and pretty tune that fits right in with much of the artist's previous catalog.  His music always feels calming and complex at the same time.

For me, it brought back memories of seeing him perform live in Chicago back in 2007, and recalling the gentle command he had as a solo performer (You can read my concert review here).

Watch the video for "El Invento" below:

On the polar opposite side of the musical spectrum, we have the explosive, flying whale-of-a-single from French metal masters, Gojira, called "Born For One Thing".

Gojira have rightfully earned a reputation for effortlessly blending elements of technical, death and thrash metal into a heavy groove.  Having seen them live in 2019, I can attest that Gojira is a band that somehow sounds even heavier and more dialed-in in concert. 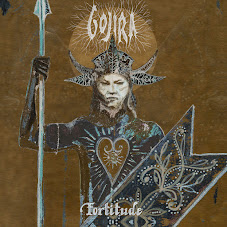 The new single, "Born For One Thing", which dropped last week, has been met with much enthusiasm from fans new and old.  It finds the band picking up where they left off with 2016's crossover success story, Magma.  While some dyed-in-the-wool fans from the band's early days may have feared Magma was veering into mainstream territory, there's no denying the latest single finds the band still in their prime.

"Born For One Thing" starts with that trademark Gojira build-up before crashing down into intense riffs with surgical precision.  Brothers Joe and Mario Duplantier have an inherent way of clicking together on guitar and drums, respectively, like conjoined twins sharing one musical brain.

Even if metal isn't your thing, I recommend giving Gojira a listen, as they remain one of the tightest, heaviest and most consistent bands in the genre today.

Gojira's forthcoming album, Fortitude, will be released on April 30th, 2021.  Listen to "Born for One Thing" below: