The Blue Stones + A Requiem for Live Music

For some, tomorrow is another Super Bowl Sunday.  For me, it's the one-year anniversary of the last time I experienced live music in person.
February 7th, 2020 seems so long ago.  It was a cold night in Des Moines, Iowa--as it typically is this time of year (it's currently 3°F as I type this)--but inside the Vaudeville Mews, things were heating up.
Ontario rock duo, The Blue Stones, had taken the stage of the independent venue and were busy melting my winter blues away. 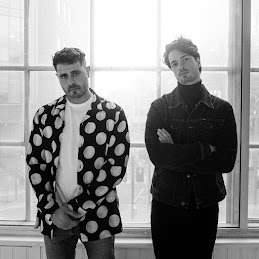 I'd only recently become aware of the Canadian band's music--a hard-hitting blend of alternative blues-rock someplace in the musical ether between guitar/drum acts like the Black Keys and Royal Blood.  Hearing their latest single, "Shakin' Off the Rust", I instantly found myself pulled in to their sound.
I'd invited fellow Lonely Noter, Steve, to join me for the show--which was only a week or so into the band's US tour--but he unfortunately found himself under the weather that night, so a coworker joined my wife and me at the last minute.
This was, of course, several weeks before COVID-19 shut down live music as we know it.  But on that evening, fans were packed together shoulder to shoulder in the narrow club, singing and cheering (yes, prior to masks) along to songs like, "Rolling With the Punches" and "Black Holes (Solid Ground)".  The term Coronavirus had been around in the news for weeks, but we still didn't know just how quickly our world would change.
The Blue Stones, also known as singer-guitarist Tarek Jafar and drummer Justin Tessier, rocketed through a tight set of crunchy, psychedelic guitar riffs and catchy pop hooks.  The two didn't waste any time working up a sweat under the lights of the tiny stage.
They used the night to play much of their 2018 album, Black Holes, while teasing several new songs, including "Grim", which hit home that evening with the lyrics, "Am I dreaming or am I awake? 'Cause it's just too good".
After the show, we met the band up on the balcony of the Mews, and both members graciously signed the record I'd just bought on the spot and posed for a photo with us.  And then we departed, not realizing that was the last concert we'd see for the rest of the year.   A few more shows down the road and the Blue Stones would have to cancel the remainder of their tour. 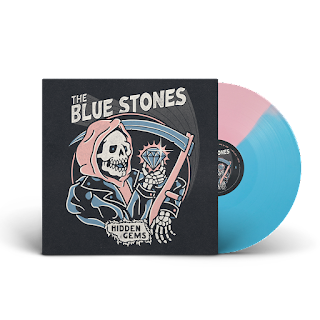 Fortunately, the band has turned a rotten situation into a productive year.  From their impressive Live on Display livestream to the recent news of their sophomore album, Hidden Gems, dropping March 2021, there's been plenty to keep fans listening.
You can listen to their latest single, "Spirit" in the YouTube clip at the bottom of this post.
The Vaudeville Mews has since announced its permanent closure--another victim of a tragic year.  Taking to social media, the venue owners bid farewell to the many fans who'd crammed inside its walls for the past 18 years. It was one of the first, and few, local venues where a fledgling band could find a gig--and where you could stumble in to find live music nearly every night of every week. 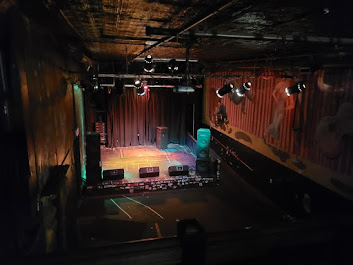 The Mews hosted everything from folk and indie rock to death metal, and was dedicated to pushing Des Moines' music scene forward.
Bands who'd previously bypassed the city (or state as a whole) began stopping through on treks between Chicago and Denver or Minneapolis and St. Louis.  The departure of the Mews is a loss for the local music community as a whole, and it's sadly just one of the thousands of live venues across the country who have suffered this past year.
Of all of the things I've missed over the past year, live music is right at the top of the list.  But with vaccines slowly rolling out and warmer weather around the corner, I'm feeling a sense of optimism that a finish line is somewhere off in the distance.
The new normal may not come to a close anytime soon, but someday in the future we are going to stand together in a crowd, and a band will be loudly pouring their hearts out to us, and we will be singing the words right back at them, and it is going to be worth it.  And we won't be dreaming.
For more on The Blue Stones, visit the band's website and purchase their music!
RIP Vaudeville Mews (photos from venue's Facebook page) 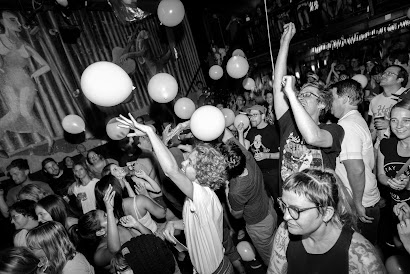