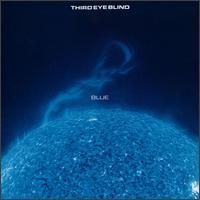 One of the issues that has come up with the phrase "retro song of the week" here at the Lonely Note is what exactly constitutes "retro." For most of us, songs over thirty years old clearly fit within the bounds of the definition. But when it comes to newer songs, or songs within the last five to ten years, the parameters are slightly more sketchy. Can a song released in 1999 appropriately be filed under the title "retro?"

Combining my editing powers with my current festive mood (It's Independence Day, Duh!!) I made a creative decision that, yes, '1000 Julys' could, indeed, be called a retro song. After all, it was recorded and released last century ;) And while many of our short-lived readers may feel immediately old with this week's choice, I will remind them that six years ago folks were stockpiling canned goods in preparation of Y2K disasters, the World Trade Center towers stood proudly and Fred Durst was all the rage. In other words, a lot has changed in a relatively short time.

All tongue-in-cheek banter aside, '1000 Julys' was one of the stand out tracks on Third Eye Blind's follow up to their 1997 smash debut. With powerful, crunchy guitar, grunge's lingering influence on the band is apparent in this particular tune. Steven Jenkins, an English grad from Berkeley, again fails to disappoint with his powerful and profound lyrics dealing with relationships and personal insecurity:

Overall, this song blitzkriegs while providing the hooky guitar and beach-rockesque harmonization unique to the band at the same time. Sure, the song could also fall under the cheesy category, but cheesy in the same way Kirk Cameron was on Growing Pains: the bad boy and All-American boy at the same time.

Third Eye Blind "Blue" torrent
Posted by Steve at 4:25 AM