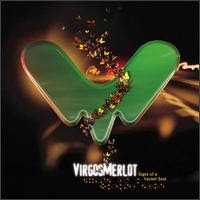 As others in The Lonely Note crew feel compelled to wax the nostalgic about music of the nineties, I figure I might as well hop onto the bandwagon.

Virgos Merlot was a band that emerged at the end of the last millennium, bearing aural similarity to the sounds that Fuel and Finger Eleven were debuting at the same time. Not quite metal, but not quite Alt-Rock either, Virgos apparently got stuck in the doldrums of Industrial-Grunge limbo, never establishing a clear identity for themselves. Accordingly, the band only released one album.

'The Cycle' was one of Virgo's singles that I remember garnering short lived, but substantial airplay on rock radio nearly ten years ago. For those of us daring enough to defy our parents and stay up late enough to hear the songs terrestrial radio was too afraid to play during the day, tracks like 'The Cycle' served as worthy reward for our sacrifice of restorative sleep.

Representative of the trendy nu-metal sound of its day, 'The Cycle' was a tasty product of its time. You can stream it below.

yes, i'll have to agree with you
one of my fav. bands of the 90's hands down!

the band found a new singer and re-united recently for two gigs: http://www.virgosmerlot.net/

not nearly as amazing as they were with Brett singing.