Kurt Cobain and the Lost Tapes of the 27 Club

This past Monday, April 5th, marked the 27th anniversary of Kurt Cobain's (of Nirvana) tragic death.

It struck me that Cobain has now been gone for as long as he was alive, having passed at the young age of 27. 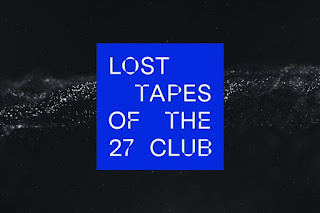 The "27 Club" is a cultural phenomenon circulating around a number of famous musicians and celebrities who all died at 27--often related to drug use or suicide--including the likes of Jim Morrison, Janis Joplin, Jimi Hendrix and Amy Winehouse.

For an all-too-brief moment in time, Nirvana ruled the music world, but Cobain's impact and legacy has carried on to a new generation.

Today, an organization known as Over The Bridge seeks to combat mental health in the music industry and to, "...empower musicians and to reclaim their lives from their mental health struggles."

Over the Bridge has been using artificial intelligence software to create what they're calling "The Lost Tapes of the 27 Club" -- a collection of new computer-generated songs that mimic beloved artists who have been lost prematurely.

For the new single, "Drowned in the Sun", the organization compiled multiple songs from Nirvana's catalog and used a computer algorithm to isolate hooks, rhythms, melodies and lyrics to generate brand new musical elements in Cobain's songwriting style.

It's quite eery to listen to.  While the song may not sound 100% like Nirvana, it does carry enough similarities to warrant a listen, and is truly an impressive accomplishment.  The song surprisingly rocks, and has been stuck in my head for the past few days.

The idea of computer programs learning from, and imitating, art is still a relatively new concept. Can you really replace the human aspect of songwriting and the emotion that goes into creating a great song?  It's true that much of pop music is formulaic--and legions of Nirvana-loving bands have attempted to capture the "loud, quiet, loud" dynamic that Cobain popularized 30 years ago.

On Over The Bridge's website, they admit that, "...even AI will never replace the real thing." 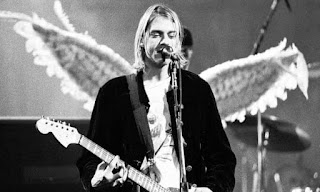 What made Cobain's impact and legacy so great was how genuine, raw and cathartic his songwriting was. A whole generation of youth could relate to him and feel his pain.  His death, ruled as suicide, only propelled the existing myth surrounding him.

There's long been a fascination with the the notion of the tortured genius, and the idea that some people's artistic ability is too much of a burden for them to live with.  But does great art only come from great suffering?  Is it fair to romanticize the struggles of mental health?

Over The Bridge hopes use their album, The Lost Tapes of the 27 Club, to "show the world what has been lost to this mental health crisis."

Take a listen to "Drowned in the Sun" below and let us know what you think.

For more on Over The Bridge and to listen to more Lost Tapes of the 27 Club, Click Here.