We're now less than a month away from the one-year anniversary of George Floyd's death, and the past year--though tumultuous and frustrating--has shed light on many problems that still persist in this country. 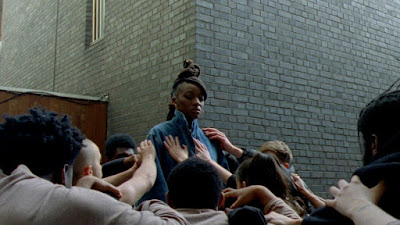 The weekend leading up to St. Patrick's Day last year, my wife and I took a trip to Minneapolis-Saint Paul, Minnesota.  COVID-19 had hit stateside at that point, but it wasn't until a few days later that the whole country would essentially go into lockdown.  The catchphrase, "We're all in this together" soon became the unofficial motto of the pandemic.

But just a couple of months later, in that same city, George Floyd was killed while under policy custody and the whole world took notice.  The viral video of police officer Derek Chauvin kneeling on Floyd's neck for 9-1/2 minutes sent shockwaves across the internet.  For many Americans, this moment was a wake up call.  For many black Americans, it unfortunately felt like the same story, different day... but this time others listened.

The civil unrest boiled over soon after, with George Floyd Protests and Black Lives Matter marches in streets across the country, protesting police brutality, racial inequality and systemic racism. Riots in the Twin Cities led to over 600 arrests and around $500 million in property damage, but the message was heard.

Nearly a year later, officer Chauvin has been found guilty in Floyd's murder.  For many, it feels like justice has finally been served in the face of countless other cases where no conviction took place.  But there is still a long way to go before equality is reached, even if this moment triggered a movement.

In the Hip Hop world, many artists took the emotions of the past year and channeled them into song.  One of the most powerful songs and music videos I've come across is from British rapper Little Simz in her new song, "Introvert".

Little Simz, AKA Simbiatu 'Simbi' Abisola Abiola Ajikawo, is a London-based rapper, singer and actress of Nigerian heritage.  Her forthcoming album, Sometimes I Might Be Introvert, is due in September 2021.

Opening with a military-style drumline, "Introvert" builds to a sweeping orchestral and choir arrangement with Little Simz' emotive and dynamic lyrics carrying the message of empowerment.  The video features beautifully-shot modern choreography.

All of the song's lyrics are important, but here's one snippet that struck a chord with me:

Project with intention straight from my lungs

I’m a black woman and I’m proud one

We walk in blind faith not knowing the outcome

But as long as we unified then we’ve already won."

Watch the video for Little Simz' "Introvert" below, via YouTube.  For more on this artist, visit: www.littlesimz.com