Royal Blood returned this past week with a funky new blues-rocker, called "Limbo".

The Brighton, UK-based duo have made a name for themselves over the past decade by combining heavily-distorted bass guitar and drum arrangements with catchy pop sensibilities.  It's heavy, it's bluesy, but it's melodic--in a similar vein to other two-piece bands like Death from Above 1979, the White Stripes, and the Black Keys. 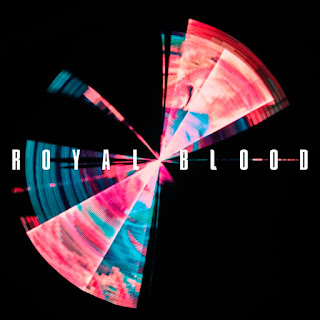 I've long been a fan of two-piece bands--it's always cool to see how much noise and different dynamics a minimal setup can still crank out.

When Royal Blood's single, "Trouble's Coming" came out this past autumn, it became a regular rotator on my playlists.  It still had the hard-hitting groove of past songs, but with more danceable elements and electronic flourishes than I'd heard from them previously.

On "Limbo", the duo continues in this direction--bringing in a disco-like chorus and a magnetism reminiscent of mainstream rock contemporaries like the Arctic Monkeys and Muse.

The dance beat, paired with the helmeted motorcyclists in the video, also feels like a reference to the recently defunct Daft Punk.

It's a big, boisterous song with plenty of pedal effects, riffs and an undeniable hook.  Royal Blood have continued their trajectory, with enough creativity and energy for mass appeal.   Unlike the song's title, I'm not stuck in limbo on my feelings here -- I dig it.

You can watch the official YouTube video to Royal Blood's "Limbo" below.  The band's forthcoming album, Typhoons, is set for release at the end of the month on April 30th, 2021.  They have some super cool vinyl bundles and options available for preorder on the Royal Blood website.