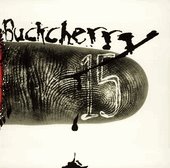 Here is this month's selected rock/pop/hip hop/indie releases. It's good to see Josh Todd and Buckcherry back with their first album since 2001's Time Bomb. And Busta Rhymes finally follow's up 2003 It Ain't Safe No More. For those of you waiting for Live's seventh studio album, the release date for Songs From Black Mountain has been pushed back from April 11th until May 9th, 2006. We'll see if they can regain their luster as one of the top post-grunge rock bands. Speaking of post-grunge bands, Godsmack returns with their fourth full length album, and promises a return to their roots, along with some great new music. Lastly, if you have never seen a picture of Lacuna Coil lead singer Cristina Scabbia , do yourself a favor and check her out. She is one of the best-looking lead singers in hard rock today (and she appears in concert w/ Rob Zombie in Des Moines this month!) Without further adieu, here is April's Release list:

Lacuna Coil – Karma Code (Cristina Scabbia, will you go out with me?!?!)
Blue October – Failed
Lamb of God – New American Gospel (Reissue)
Dead to Fall – The Phoenix Throne
Sinai Beach – When Breath Escapes
The 5 Browns – No Boundaries
Bubba Sparxxx – The Charm
The Flaming Lips – At War With the Mystics
Saves the Day – Sound the Alarm
The Vines – Vision Valley
Morrissey – Ringleader of the Tormentors
Aereogramme – Seclusion
Envelopes -- Demon

Godsmack – Four (I expect big things from these guys, and hopefully songs that don't all sound the same like their last couple of albums!! "Speak" is a decent first single, I hope to hear bigger and better)
Busta Rhymes – The Big Bang (sans his recently departed bodyguard -- RIP)
Taking Back Sunday – Louder Now
Posted by Hank at 4:51 PM