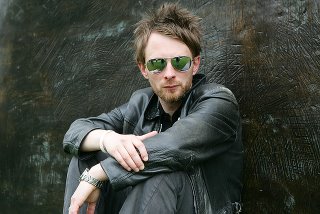 I'm a huge Radiohead fan, so when I heard that lead singer Thom Yorke was cutting a solo record, I elevated the forthcoming album to the top of my wishlist.

Yorke's The Eraser is slated for release on July 11th, but for those of you who want a taste of Thom's record, I managed to track down a few songs and post them for your listening pleasure. The music is primarily electronic and will remind some of Radiohead's Amnesiac.

Thom comments on the record:

"As you know the band are now touring and writing new stuff and getting to a good space so I want no crap about me being a traitor or whatever splitting up blah blah," he writes. "This was all done with their blessing. And I don't wanna hear that word solo. Doesn't sound right."

Thom Yorke - And It Rained All Night

thanks for the updates. your headline uses incorrect grammar, though.